Home » News » Formula 1 » Ricciardo: Mercedes pace ‘a punch in the stomach’ for rivals

Ricciardo: Mercedes pace ‘a punch in the stomach’ for rivals 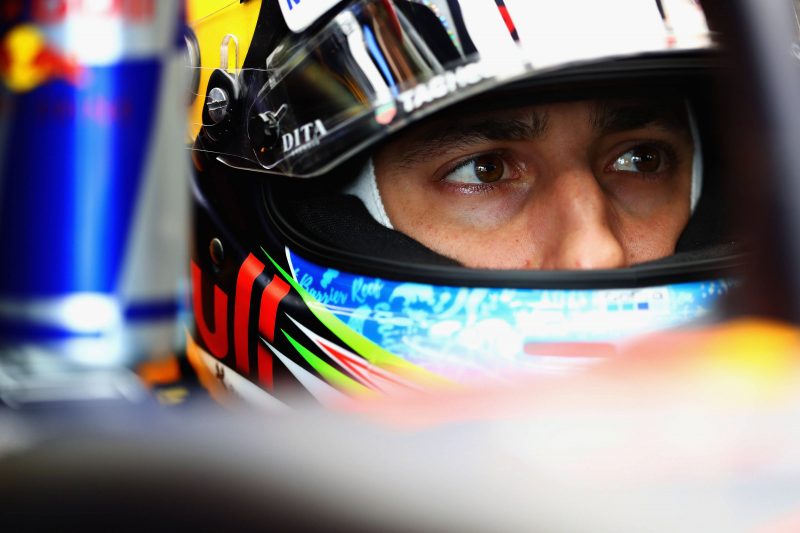 Daniel Ricciardo says witnessing Mercedes’ blistering pace in qualifying was ‘a punch in the stomach’ to rival Formula 1 teams.

Lewis Hamilton posted a stunning lap on his final run in qualifying to claim record breaking pole position by 0.664s from Ferrari’s Kimi Raikkonen, while Ricciardo was almost a second shy of the Mercedes.

Hamilton, who tipped Red Bull to be the team to beat in Albert Park, managed to find nine tenths on his final flying lap but insists he did not change to a more powerful engine mode for the run.

Mercedes’ clear pace advantage in qualifying has left Ricciardo deflated with the Australian stating that “everyone is hating” the Silver Arrows’ advantage.

“That sucks,” said Ricciardo, who ended the session fifth fastest in qualifying, but will start eighth after a three-place grid penalty.

“It’s frustrating because I’m over it, I think everyone else wants to see them (Mercedes) get challenged a bit more, so that was a little bit of a punch in the stomach to everyone.

“I know that obviously they’re loving it, they’re in a good position, but everyone else is hating it.

“Hopefully we can catch up, hopefully in the race they don’t have as much of that, because that’s a bit scary, that mode they’ve got.”

“I didn’t expect that much (improvement), particularly from Q2 to Q3. I knew they had a bit more, I expected them to be more than two tenths quicker than us.

“Yeah, that was like throwing a pie in everyone’s face. Look, they can do it, they’re obviously the ones that are leading. I know it would be nice to be in that position, but for everyone else it sucks.”

Such was the pace advantage Ricciardo believes any of the top drivers would have been on pole in the Mercedes Hamilton drove.

“I think he’s very good, but I think obviously their car and their package is too good.

“It’s not to discredit Lewis, not at all. But I think even him at 90 percent with that package that they had today, he still would’ve got pole.

“So that’s where it’s like, I feel any of us top guys obviously could’ve made that happen (in the Mercedes).

Ricciardo will start Sunday’s race on supersofts while his rivals will be on the faster and higher wearing ultrasoft compounds, which could offer him a chance to climb the field through strategy.

“It depends on which circuits we go to but this one is hard to follow, it is hard to overtake,” he added.

“Even with the extra DRS zone it won’t be easy. We feel maybe the one stop (strategy) could be a stretch with an ultrasoft. That’s why we’re going with a super, just to make sure we can do a one stop.

“Even on a quicker tyre, with a two stop in traffic I think you’re going to still struggle a bit so hopefully we get a one stop and the others suffer and have to do a two and that will be where we celebrate.”