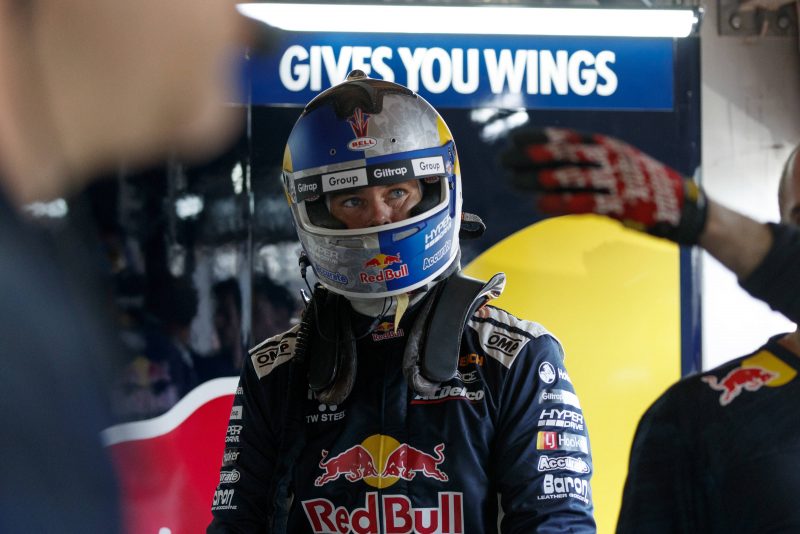 Triple Eight will continue to work on a solution to the issues with Shane van Gisbergen’s car after a disastrous pair of qualifying sessions at Albert Park.

The Adelaide 500 winner struggled with the balance of his ZB Commodore on Thursday which continued into Friday as the New Zealander could only manage 17th and 26th in the two qualifying sessions.

Triple Eight worked on the car last night but has been unable to put a finger on a problem which is causing a chain reaction of issues in the #97 Holden.

Van Gisbergen suffered a kerb strike and an off-track excursion at Turn 1 which left him without a time in the Race 6 qualifying hit-out.

“We still haven’t put our finger on that one little thing in the car that is triggering the chain reaction that is setting off both the car and himself,” said Dutton.

“As we saw yesterday, he can still extract a time from it, but he’s focusing so much on just not being fired off the track that you can’t do the fine-tuning; you can’t finesse it, when you’re waiting for it to bite you.

The results were of stark contract to those of team-mate Jamie Whincup, who scored fourth and pole in the two respective sessions, while Craig Lowndes ended up 10th and 12th.

The opening Supercars race of the Coates Hire Melbourne 400 is scheduled for 1750 local time/AEDT.