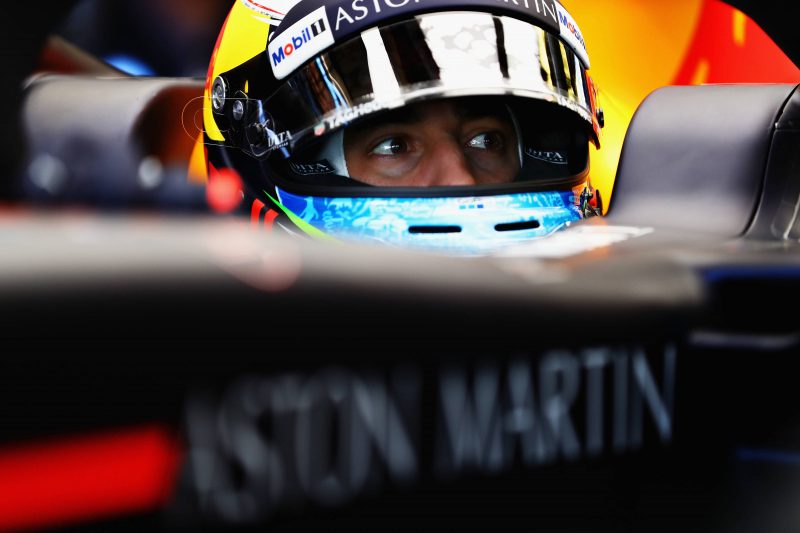 Daniel Ricciardo has been slapped with with a three-place grid penalty for this weekend’s Australian Grand Prix following a breach of sporting regulations in Practice 2.

The Red Bull Racing driver was summoned to the stewards after the 90 minute session for driving too fast on his way back to the pits following a red flag, which was caused by debris on the start/finish straight.

Following a hearing, stewards have concluded that the Australian breached Article 31.6 of the FIA Formula 1 Sporting Regulations, which has resulted in the grid drop for Sunday’s race and two penalty points on his superlicence.

Ricciardo had been on a flying lap and failed to stay above the minimum time set by the FIA ECU, although evidence proved the five-time grand prix winner slowed down which lessened the severity of his penalty.

“The Stewards reviewed the data and video and found that Ricciardo did in fact fail to stay above the minimum time set by the FIA ECU in the penultimate and final mini marshalling sectors,” read the report.

“The Stewards also found that Ricciardo slowed by as much as 175km/h from his fast times at Turn 12 and was consistently and significantly slower in the final three turns, indicating that he was fully complying with the requirements of Appendix H of the International Sporting Code.

“However, he admitted an error in reading his dash and was slightly below the minimum time.

“As the regulation states, Art. 31.6 was added this year to ensure that drivers reduce speed sufficiently during a red flag. Breach of this regulation is seen to be an extremely serious matter.

“The Stewards therefore are imposing a lesser penalty than usual, and impose a three grid place penalty and two penalty points.”

The Australian believes a likely wet qualifying session would offer him a better chance to challenge the front runners.

“I think in the dry today we didn’t look too bad, which is good, but the wet will give us potentially more of a chance,” said Ricciardo prior to receiving the penalty.

“We always enjoy some wet weather. I think it just kind of evens everything out. I think in the dry today we didn’t look too bad, which is good, but the wet will give us potentially more of a chance.
“The last wet qualifying we had here I think was 2014 (where Ricciardo claimed second on the grid). That was not too bad, so hopefully we can try and do that again.”