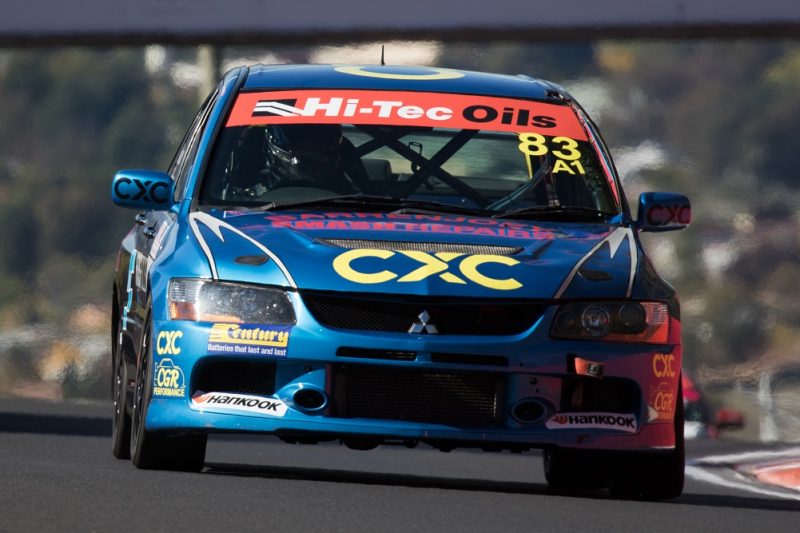 Owen, a two-time Bathurst 12 Hour pole-sitter in an Evo IX in 2008 and 2009, completes an experienced line-up for the team that includes Supercars driver Tim Slade and Dylan Thomas in the outfit’s sister Evo X.

The 43-year-old claimed last year’s Pirtek Enduro Cup alongside Chaz Mostert after winning a race during the Gold Coast 600 and a podium at the Sandown 500 and joins a field that also includes Mostert and Craig Baird.

“I really enjoyed my time in the Evo during the production car era of the 12 Hour, so I can’t wait to head back there for the 6 Hour,” Owen said.

“I haven’t raced in the 6 Hour since it started two years ago, but I’ve been following it closely and I’m thankful to CGR Performance for giving me the opportunity to race in it.

“It’s a genuine grass-roots endurance race, and because the cars are production-based, they will have strengths and weaknesses in different parts of the track, which will make it an interesting race.”

“Probably the strongest aspect of our drivers is that all of us have recent miles at Mount Panorama, because we all competed in the Bathurst 12 Hour in February,” Thomas said.

“Steve is highly-regarded as a very versatile driver; his record shows he can slot into any sort of race car and be fast straight away.

“Tim Slade slotted into the team very comfortably last year and unfortunately our car retired from the race before he had a drive, so we’re both motivated to make up for that this time around.”

Owen’s deal will mark three visits to Mount Panorama for the driver this year after finishing 13th outright in February’s Bathurst 12 Hour in a Lamborghini Gallardo R-EX alongside David Russell and Roger Lago as well an upcoming Pirtek Enduro Cup outing with Tickford Racing later in the season.