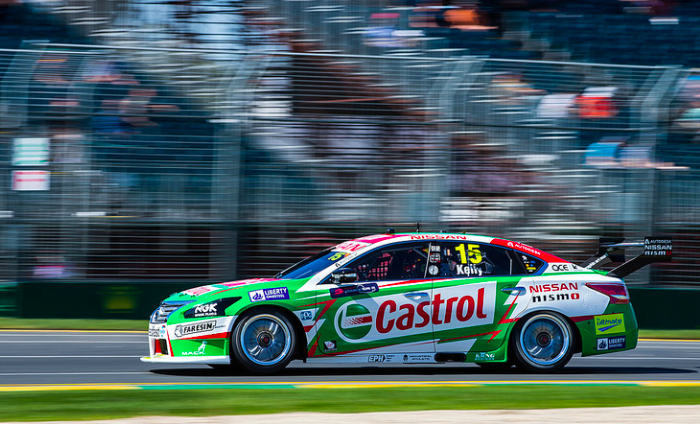 Nissan Motorsport has upgrade its roofs at Albert Park

Supercars has approved the use of new lighter composite panels for Tickford Racing, Nissan Motorsport and Shell V-Power Racing this weekend as the parity debate took another twist.

Ford and Nissan felt the need to submit a proposal for new bonnets and roofs to the championship’s technical department after the new Holden ZB Commodore debuted with composite components at the Adelaide 500.

It is understood that the latest generation Holden is running up to 40kg of ballast to ensure the car makes the minimum 1410kg weight requirement, which rival marques believe is a significant advantage.

The new bonnets and roofs are being shared between the four Tickford and two Shell Fords, while Nissan is running new roofs on all four Altimas.

Supercars’ decision to approve the parts has proved a hot topic in the paddock ahead of the inaugural championship round at Albert Park.

Jamie Whincup labelled the situation as ‘a storm in a tea cup’ while Dane says he ‘couldn’t care less over the matter’ and is ‘happy rival teams are wasting money’.

“To be honest, I couldn’t care less,” Dane told Speedcafe.com.

“Truth be known, they were offered the possibility to do it months ago and they didn’t take it, for reasons only known to themselves. Now suddenly they want to take it… fine, okay.

“They were offered it before and as I say, I don’t know why they didn’t take it.

“If they think that’s going to suddenly make a difference to their performance – they’re quick already when they get it right – they’re not suddenly going to be two tenths faster through that.

“To be honest, I’m happy to see them going off and wasting their money.”

“A (storm in a) teacup is overdoing it. I would have said it’s the storm in a saucer that holds the teacup.” 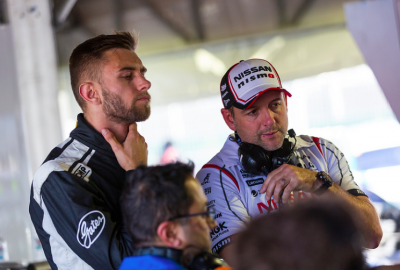 Nissan Motorsport co-owner Todd Kelly says the matter has prompted complaints from Holden teams, but believes Supercars has made the right call to ensure parity among manufacturers.

He also claims that the conjecture from rivals is unwarranted.

“In theory, simulation and everything you do, every racer knows centre of gravity and weight is critical, especially at this point when we’re splitting hairs with lap times.” Kelly told Speedcafe.com.

“I’m confident that it’s definitely better. I wouldn’t go putting more weight on the roof of the car, put it that way.

“I think Supercars have done a good job, bringing in the new Holden considering there were a lot of things that were difficult to deal with and a lot different to normal, which created a little bit of a shift as it turned out.

“They’ve been good again at how they’ve dealt with the Nissan and the Ford to make sure that all the cars are equal again.

“I think that’s all they could have done in the timeframe.

“From one brand to the next, they’ve basically fixed the problem now.

“It was pretty clear to me, there was a massive shift in the two Holdens (VF and ZB).

“Whether your roof or your bonnet is made of steel or carbon is completely trivial.

“A lot of people take a lot of enjoyment out of complaining and being unreasonable about that stuff because that’s their nature. But I just look at it as the facts.

“If our car and the Ford and the Holden have got a reasonably equivalent amount of ballast in it, that’s the biggest factor in this.

“I’m happy with where things are at and it’s actually quite funny to see how people protest it and complain, because we could have and should have been doing a lot more complaining at Adelaide with how the Holden raced and there wasn’t.”

Holden and Ford shared the pole positions in qualifying on Friday while Nissan’s best result was sixth for Michael Caruso in qualifying for Race 4.