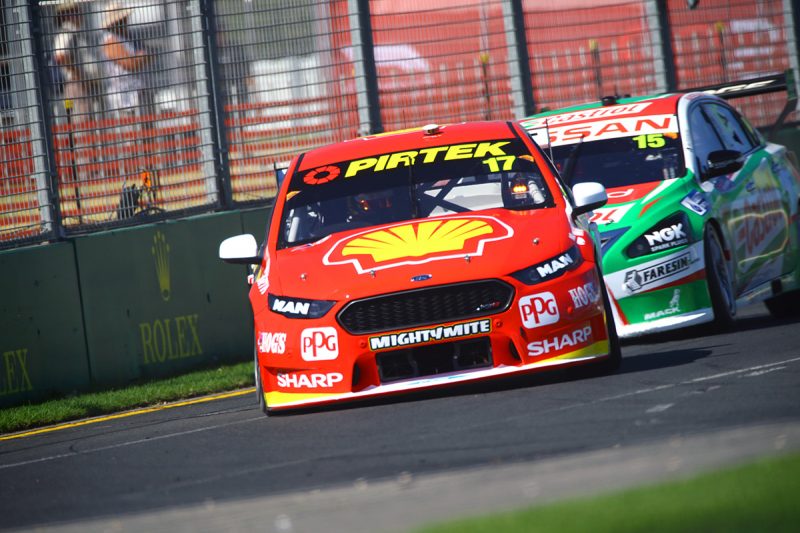 Supercars has ratified the use of new composite panels for Ford and Nissan teams at this weekend’s Coates Hire Melbourne 400 at Albert Park.

A move to switch panels arrived after the new Holden ZB Commodore debuted with a range of new composite components at the Adelaide 500, which sparked a weight parity debate among rival marques.

Nissan Motorsport is running new roofs on all four Altimas while it has been reported by the category that two bonnets and two roofs are being used across cars for Tickford Racing and Shell V-Power Racing.

According to Supercars.com Mark Winterbottom and Fabian Coulthard have replaced the steel bonnets with composite versions.

“The process for a team to change a panel or part is to be approved by the Sporting and Technical Director,” read a statement from Supercars.

“The homologation team for that manufacturer’s model must formally request the change, after which it will be assessed in line with the rules and regulations of the sport, ensuring there is no compromise in safety or competition parity.

“Once approved the teams using that manufacturer’s model can implement the change for competition.”

Supercars approved the use of the panels shortly before the start of opening practice at Albert Park.