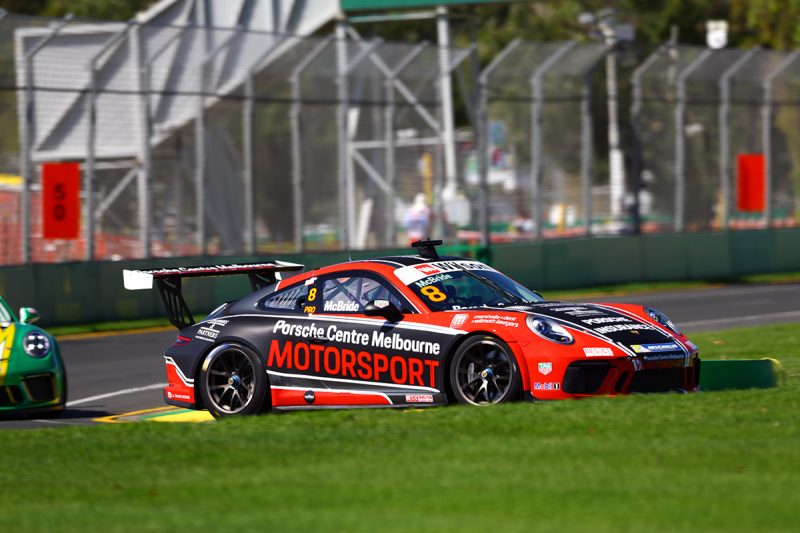 Nick McBride will share the front row with Jordan Love for Race 1 of the Porsche Wilson Security Carrera Cup Australia series at Albert Park after both set late flyers in Thursday’s qualifying session.

McBride bumped long-time fast man Jaxon Evans from top spot in the final minute setting a 1:57.4784s lap around the Grand Prix circuit. The lap marked McBride’s third pole position at the Melbourne track after previously setting the fastest time in 2015 and 2017.

Love’s last-minute effort was 0.0946s adrift of McBride but relegated Evans off the front row altogether.

Dale Wood ended up qualifying third-fastest and will start alongside Evans, who leads the series.

Alex Davison will start from the fourth row with the World Endurance Championship driver making a belated start to this year’s championship after missing the Adelaide 500 round.

Marc Cini was a non-starter after a ride session crash.