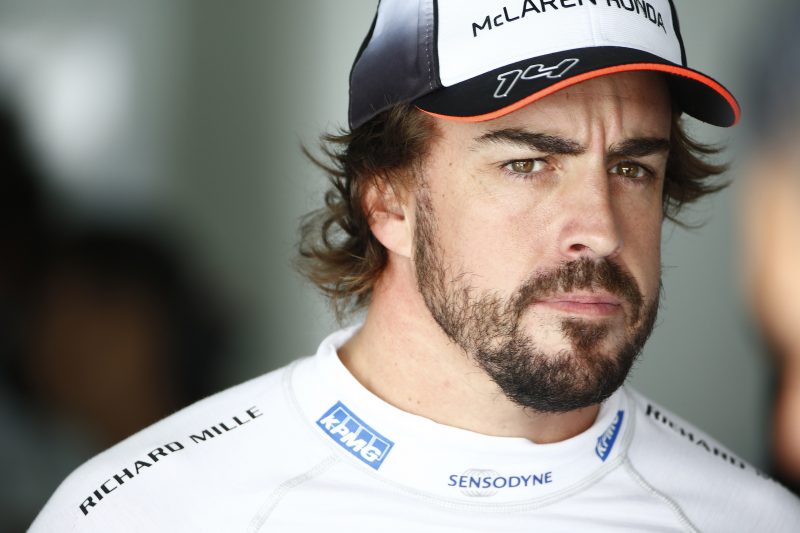 The two-time world champion was set to conduct laps in the 2011 Bathurst 1000 winning Holden Racing Team Commodore which is now owned by the McLaren F1 boss.

Brown purchased the Commodore, which Garth Tander and Nick Percat took to victory at Mount Panorama, from the former factory Holden team in July last year.

He has since become a co-owner of the operation in its new Walkinshaw Andretti United guise.

The car has made two outings at Donington Park (England) and the Motorland Aragon circuit (Spain) with Brown at the wheel. 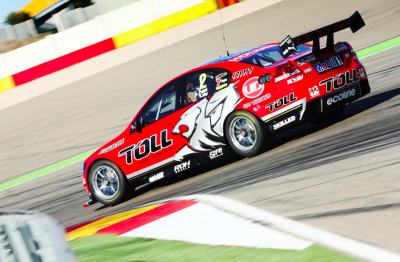 It was the latter where Alonso was due to cut some laps while testing a United Autosports LMP2 prototype alongside the team’s regular driver Filipe Albuquerque in preparation for the Daytona 24 Hours.

While keen to experience a Supercar, having looked over the car in the pits, a lack of fuel prevented the Spaniard from taking the wheel at the end of the test.

“So we ran out of petrol. And he just wanted to focus on… it was his first day in the LMP2 car,” said Brown when asked about Alonso’s Supercar test chance.

“Actually, Felipe Albuquerque was in the car when it ran out going down the back straight. If we would’ve had time he would’ve had a go.

“With Fernando, he was in a very strict mindset. It’s kind of ‘I’ve looked at it, I’ve looked around it, now let me go do my job and at the end of the day when I’m out of that mode, if we’ve got time, I’ll go have a play’ but we ran out of time – and gas. He’d like it.”

Brown admits Alonso is a true racer having played a part in helping the F1 star compete at the Indianapolis 500 last year and this year’s Daytona 24 Hours.

This season will see the McLaren driver also contest the Le Mans 24 Hours as part of an FIA World Endurance Championship tilt with Toyota.

However, he says that Alonso only competes in events once fully prepared and believes a potential Bathurst 1000 campaign would require a similar approach.

“He’s the biggest racer I’ve ever seen. He loves all different types of racing, he’s fascinated by it,” added Brown.

“But whatever he does, he wants to do it very seriously. So he would never come and do something that he didn’t think he could be competitive in.

“He wouldn’t do anything he couldn’t be fully prepared for, and it (Bathurst) always conflicts with Japan (F1 race).”

When asked if Alonso was next in line to drive the Commodore when it reappears at a race track, Brown said, “Anytime I play with cars he wants to come out and play. He’s got the best job in motor racing.”

Alonso will kick off the new F1 season in Australia on Friday with opening practice at 1200 AEDT.