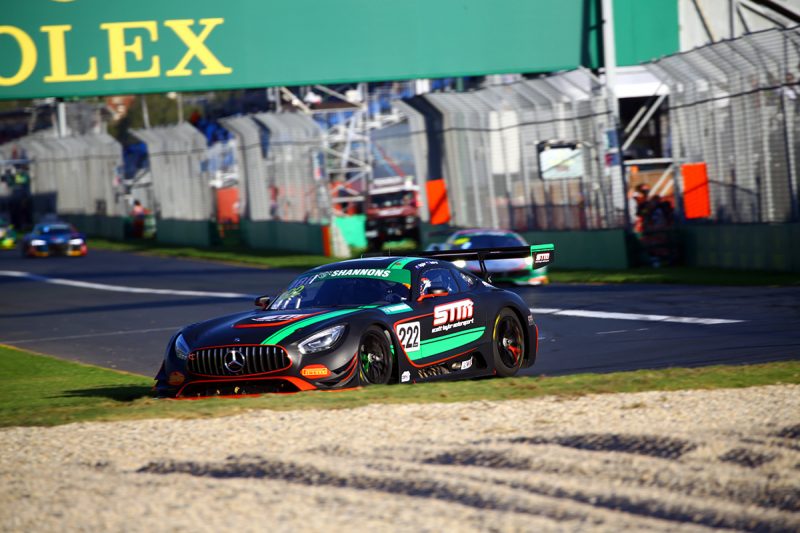 Craig Baird has won the first CAMS Australian GT Championship race of the season in an encounter which finished under Safety Car due to a crash for Ferrari driver Wayne Mack.

The New Zealander won the race to the front row and broke the lap record on Lap 3 as he gradually pulled away from the 2005 Australian Grand Prix winner.

Baird’s lead was 3.4s when the Safety Car was called during Lap 7 to allow Mack’s car to be recovered from Walker Straight.

Mack had run wide at the final corner and lost the rear of the Mack Bros 458, spinning across the track and slapping the inside wall.

Tony D’Alberto in the #8 STM Mercedes-AMG was not too far further back, having lost the spot to Fassler at the start.

The top four had remained unchanged since the opening lap before the race finished under Safety Car, two laps short of its scheduled 11-lap duration.

In Qualifying 2 for the amateur drivers, Ross set the fastest time ahead of Twigg in the #8 STM entry, Robson, and Emery.

They will therefore take up the first two rows of the grid for Race 2, which is scheduled for 10 laps, tomorrow from 1045 local time/AEDT.

The Irishman was the only man to break the two-minute barrier all day, during the morning’s opening practice session.