The Braeside operation will welcome MW Motorsport’s Super2 drivers Garry Jacobson and Alex Rullo to the fold alongside former Supercars full-timer Aaren Russell, while Dean Fiore, also racing for MW Motorsport in Super2, returns for a fifth enduro campaign with the squad.

Jacobson, who won the 2016 Dunlop Super2 Series, will join Rick Kelly in the #15 Altima for the Sandown 500, Supercheap Auto Bathurst 1000 and Vodafone Gold Coast 600 events. His MW Motorsport Super2 team-mate Alex Rullo will partner Simona de Silvestro in the #78 Harvey Norman entry, while Russell teams up with Nissan’s new signing Andre Heimgartner in the #7 car.

Meanwhile, Fiore will provide some continuity by driving alongside Michael Caruso in an extension of the partnership which began at the team in 2014.

Nissan Motorsport co-owner Rick Kelly is confident Jacobson will prove to be a handy co-driver having already impressed in the MW Motorsport Super2 Altima this season.

“Garry is already showing good speed with MW Motorsport, so he should be very handy in time for the enduros,” said Kelly.

“His attitude to racing and wanting to be a part of the team will make him a huge asset. So it will be fun to see what we can achieve together.”

The call-up for Rullo sees the 17-year-old set to make his second appearance in the enduros having campaigned a Lucas Dumbrell Motorsport Holden Commodore in the three events last year.

The Perth driver will also benefit from miles in a Super2 Atima before he joins up with former IndyCar driver de Silvestro.

“I got my first taste of the enduros last year and see this year as an opportunity to demonstrate how much I’ve developed as a driver,” said Rullo. “The Nissan is unique, but getting plenty of kilometres under my belt before the enduros will be a massive benefit to ensure we hit the ground running.”

Likewise, de Silvestro has been impressed by the progress Rullo has made since he made his full-time Supercars debut.

“Alex did a good job last year to race in such a competitive series,” said de Silvestro.

“His rate of improvement has been impressive and I’m looking forward to working with him.

“I’ve been told teenage boys can be messy, I’m not super clean either, so we’ll see what state the A-trailer is in at Sandown.”

Meanwhile, Newcastle-based driver Russell will rekindle a partnership with Heimgartner which was first struck at 2016 when he joined the Kiwi for the enduros at Lucas Dumbrell Motorsport.

Russell contested the enduros for LDM last year alongside solo appearances at Townsville, Pukekohe and Newcastle.

“It’s something we’ve been striving towards for a long time. Having driven with Andre in 2016, the partnership is already there,” said Russell. 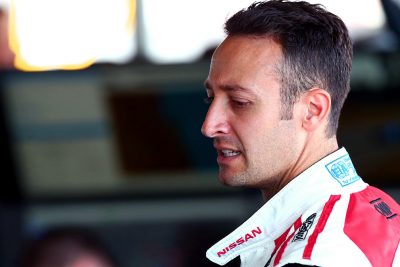 “His performance in Adelaide was pretty special and I’m excited to join him for the three biggest events of the year.”

While Nissan will welcome three new pairings, Caruso is looking forward to having Fiore back in the #23 for a fifth consecutive season.

“I trust that Dean will always deliver the car back after his stint, and every year we’ve put together a strong campaign,” said Caruso.

“Five years together now and it’s like a marriage. He knows me and I know him.

“To have Dean race in Super2 this year will be of major benefit by the time the enduros roll around.”

The Pirtek Enduro Cup will begin at Sandown from September 14-16 with only a handful of teams yet to announce their line-ups.

* Final pairings yet to be announced