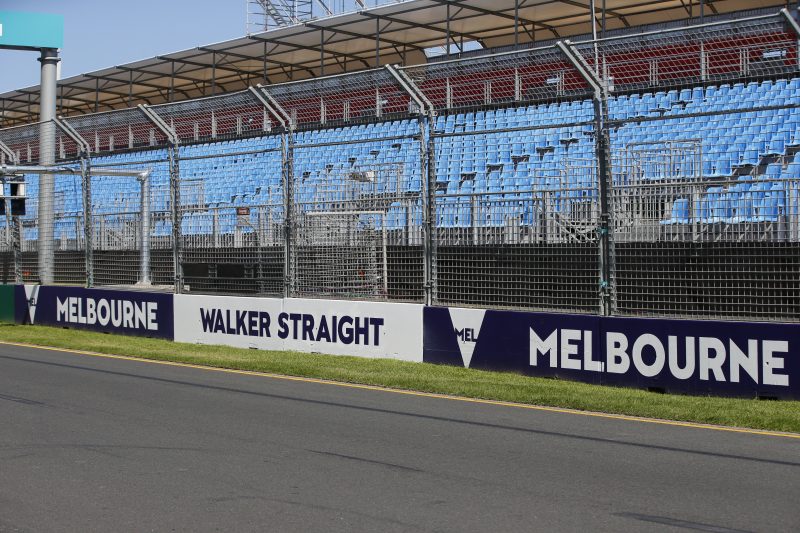 The main straight of the Albert Park Grand Prix Circuit has been named after the Australian Grand Prix’s late former chairman Ron Walker.

He passed away in late January after battling cancer and ill health since being diagnosed with melanoma in 2011.

The wall next to the start/finish line is now adorned with ‘Walker Straight’ signage, which was unveiled earlier today.

Current Australian Grand Prix Corporation chairman John Harnden said that naming the straight after his predecessor was a fitting tribute.

“Ronald Walker’s contribution to Australia, to Victoria and to Melbourne in particular, is unrivalled and it is important that he is remembered in a special and long-lasting manner,” he said.

“His drive and energy will continue to burn strong within the AGPC family and the Formula 1 community, and this tribute will also ensure there is a permanent legacy at each event.”

According to a statement from the AGPC there will also be a “one-minute celebration of Walker’s life” before the national anthem on Sunday afternoon.

Walker’s widow Barbara was on hand for the unveiling and thanked the industry and the state for their support since his passing.

“The support and respect we have received from the motorsport community and so many Victorians has been amazing and we know that Ronald would be proud,” she said.

“On behalf of the Walker family, we are honoured to have Ronald’s memory live on in this way and know that he would be incredibly appreciative of this moving gesture.”

“Ron helped put Victoria back on the map – working to attract the biggest and best events to Victoria,” he said.

“His passion for our great state was at the heart of everything he did, and it’s in great part thanks to Ron that we are now known as the sporting capital of the world.”

The current Formula 1 chairman and CEO Chase Carey added, “We were deeply saddened when word of Ron’s passing reached the Formula 1 world and we would like to again extend our condolences to the Walker family.

“What Ron did for Formula 1 in Australia is truly remarkable.”