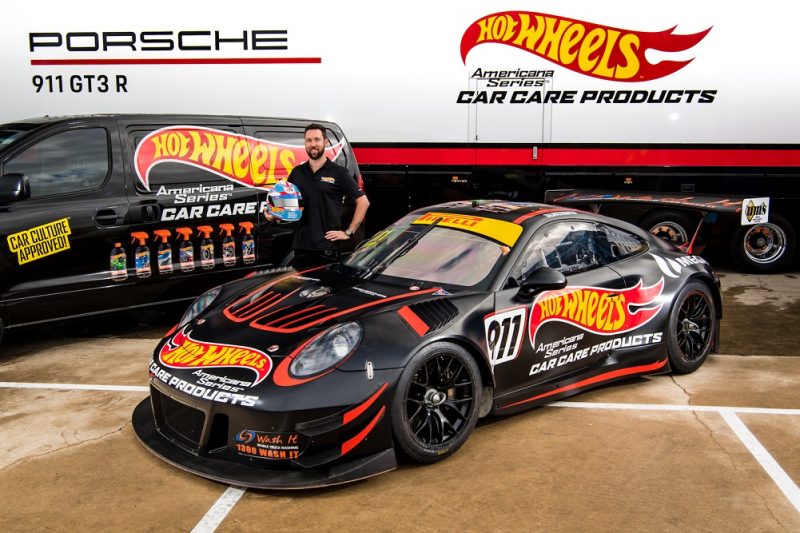 Liam Talbot has peeled back the covers off the new-look Walkinshaw Racing-prepared Porsche which he will share with John Martin in this weekend’s Australian GT opener in Melbourne.

The 911 GT3-R retains its black base but will carry primary backing from Hot Wheels Car Care Products.

Talbot won a race at last year’s Australian Grand Prix meeting and is optimistic again this time around after a Balance of Performance update for the Porsche.

“The new aero package and restrictor have made a huge impact on what we can do pace-wise,” explained the 2017 Australian GT Championship runner-up.

“Last year, we were very much down on speed compared to other marques but with the evolution from Porsche that has been applied, I feel as though we can be quick out of the gate this year.”

The Walkinshaw-run Porsche is one of 30 cars entered for Round 1 at Albert Park, which kicks off on Thursday with qualifying sessions for each driver and the first of four races.