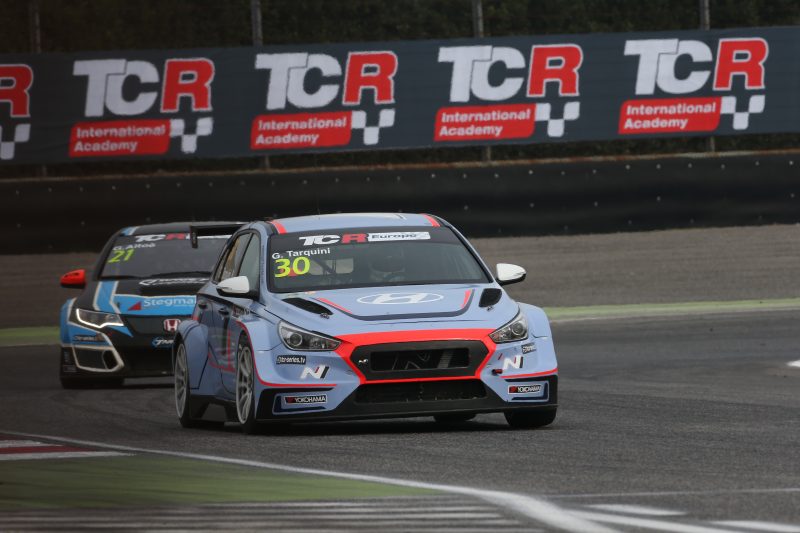 Hyundai is among the marques keen on a TCR Australia Series

The prospect of a TCR Australia Series in 2019 will enter its next phase with the Confederation of Australian Motor Sport (CAMS) set to evaluate “strong” interest received from prospective promoters.

CAMS signed a five-year agreement with the popular global touring car class in January in a move to establish the category in Australia from 2019.

Expressions of interest to promote the category have since been sought with proposals lodged by candidates for evaluation following last Friday’s deadline.

The production based 2.0 litre front wheel drive set of regulations have sparked a glut of national series with the rules also incorporated by the World Touring Car Championship.

Manufacturers Audi and Hyundai have already indicated their interest in the possibility of an Australian series, while 63.5 percent of Speedcafe.com readers in a recent poll voted in favour of a series being set up.

CAMS CEO Eugene Arocca has confirmed that the process of finding an appropriate promoter for a national TCR Series is underway.

“We have received some very strong interest from potential promoters and CAMS will now work through these applications to identify the most appropriate party to promote the Series,” read a statement issued to Speedcafe.com from Arocca.

“We will announce the next steps of the process shortly.”

While the details of the the proposals remain confidential, Speedcafe.com understands Supercars is not among the potential promoter candidates.

Supercars CEO Sean Seamer says the category wishes to concentrate on building up its exisiting support categories rather than expand its portfolio for 2019, but the former MediaCom boss refused to rule out possible involvement in a TCR series in the future.

“From what I’ve seen, they look more close in spec to a GT4 car, from what I can tell; I’ve not seen a car, I’ve not seen a race, so I will reserve any judgement on the product until I’ve actually seen it,” Seamer told Speedcafe.com.

“Right now, in this year in particular, and probably 2019, we’re really focused on making our existing support categories work, and the existing calendar that we’ve got.

“As I said before, our focus is on executing brilliantly what we’ve got this year.

“Never say never, but our focus is on the product portfolio that we’ve got now.”

TCR has proved a hit with manufacturers since its introduction in 2015, with Audi, SEAT, Volkswagen, Ford, Alfa Romeo, Honda, Hyundai, Kia, Lada, Opel, Peugeot, Renault, Skoda, and Subaru, all having developed cars for the category.