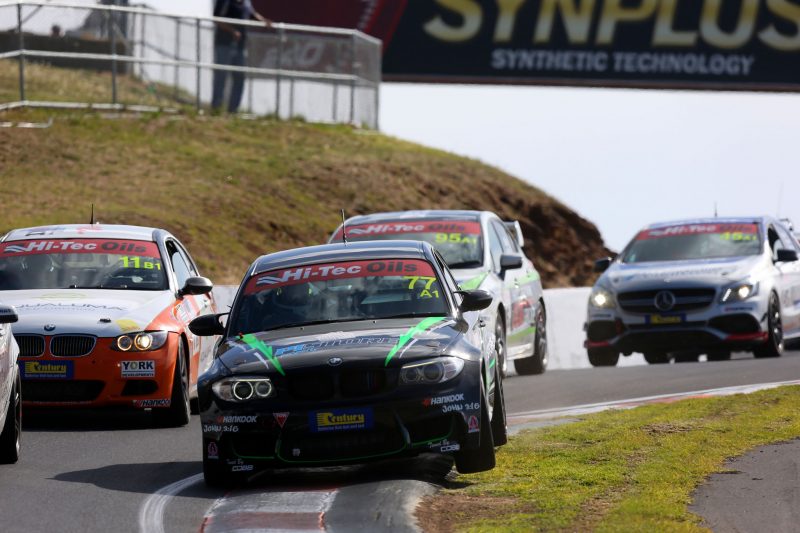 Hi-Tec Oils Bathurst 6 Hour organisers have released the list of drivers who will take part in this year’s running of the Easter production car enduro.

The inaugural race winners and last year’s runners-up Chaz Mostert and Nathan Morcom will pair up for the third year in a row, in a Ford Focus RS.

Tim Slade and Dylan Thomas also make for a strong combination when they drive a Mitsubishi EVO X together for the second year in a row.

There is continuity too in the form of Grant and Iain Sherrin, the 2017 Bathurst 6 Hour pole-sitters and Australian Production car champions again piloting a BMW M4.

Likewise, Craig Baird and Garth Walden are sharing a Mercedes-AMG A45, having missed out on a solid result last year with an engine failure while running fifth.

In the sister GWR A45, Steven Johnson will drive with Rob Woods and Marcel Zalloua.

Also among the 62-car field will be the FG Ford Falcon GT-F of Jeremy Gray and George Miedecke.

Meanwhile, Supercars rookie Todd Hazelwood is set to steer a Class B1 BMW 135i with Rob Rubis and Scott Turner.

In Class B2, Brian Walden, Michael Auld, and Richard Bloomfield will be attempting a third straight class win.