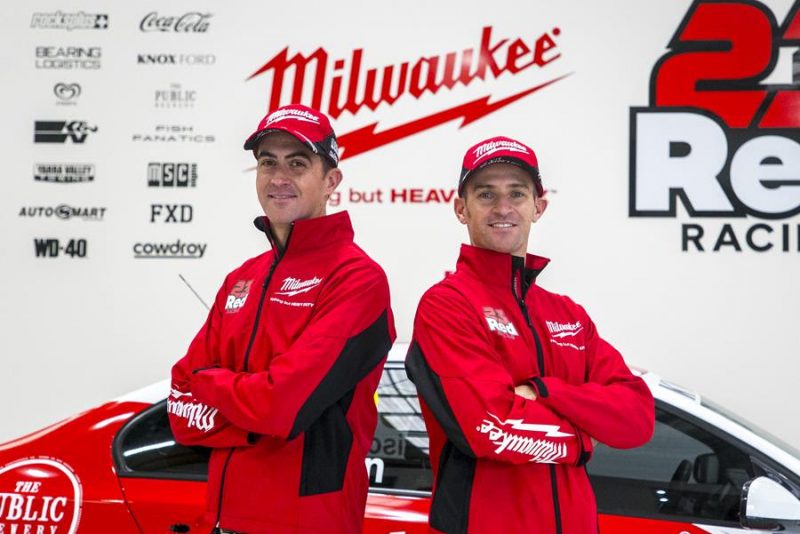 Alex Davison will team up with brother Will Davison at Milwaukee Racing for this year’s Pirtek Enduro Cup.

The announcement sees the brothers join forces in Supercars’ enduro races for a third time having raced together at Erebus Motorsport in 2014 and 2015.

Alex Davison returned to the Supercars enduro scene last year with Lucas Dumbrell Motorsport, alongside Alex Rullo, having sat out the 2016 season.

This year he is competing in a part Porsche Carrera Cup campaign which he is dovetailing with a program in the FIA World Endurance Championship with Gulf Racing.

Confirmation of a deal to join Milwaukee Racing will see Davison drive a Ford Falcon FGX for the first time.

“To stand on the podium in one of the Enduro races would be amazing, but to do with Will, my friend, my brother, would be absolutely amazing,” said Alex.

“We just missed out on a place on the podium a few years ago at Bathurst, so the goal for us will be to definitely get there together in 2018.”

Will Davison believes the partnership with his older brother will prove to be a solid combination for the Sandown 500, Supercheap Auto Bathurst 1000 and Vodafone Gold Coast 600 events.

“After such a positive start to the season at Adelaide, morale is high within the team, and we’re determined we can continue to deliver throughout the year, and with Alex by my side for the enduros I’m confident we can dominate the field,” said Will.

Milwaukee Racing will return to action this weekend at the Coates Hire Melbourne 400 at Albert Park.