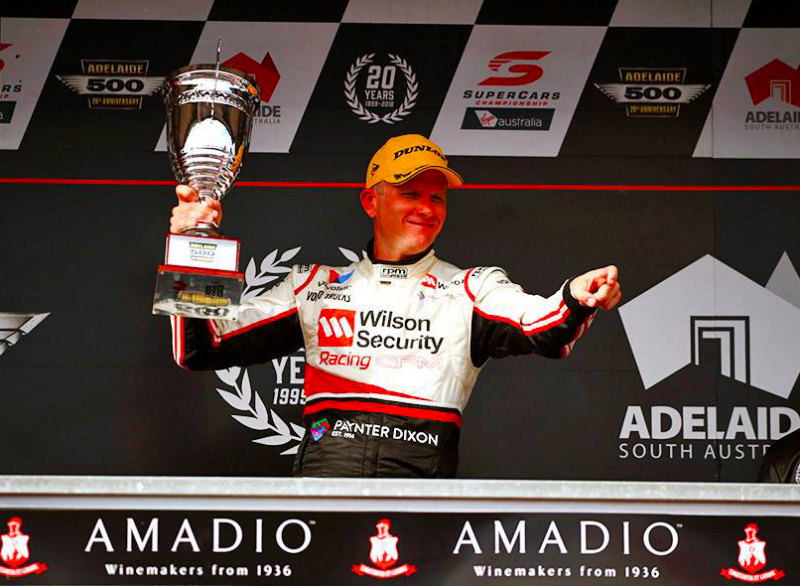 Garth Tander celebrates a podium result at the Adelaide 500

Garth Tander has hinted at a possible move into Supercars team management once his driving career has come to an end.

The Garry Rogers Motorsport driver is enjoying his 21st season in Australian motorsport’s top tier which has begun with a podium finish in Race 2 of the Adelaide 500.

Regarded as one of the championship’s toughest racers, the Western Australian is showing no signs of slowing down but has revealed his ambitions once he calls time on his career.

Speaking to Greg Rust on the new Rusty’s Garage podcast launched today, Tander gave an insight into the possibility of him securing a team management role at GRM in the future.

The 40-year-old has a long-time association with the Melbourne team having made his Supercars debut with the operation in 1998, before returning to the outfit last year after 12 seasons away at Kelly Racing (HSV Dealer Team 2005-2007) and then Walkinshaw Racing (Holden Racing Team 2008-2016).

“I absolutely still love it and I still enjoy the challenge of the competition of what Supercars provides, not only the competition from your peers, but also the completion of driving yourself to continue to be better,” said Tander.

“To be honest I am not as fast as I was from ages 25-30 but that is your peak as a driver. You have fitness, youth, reflexes, you have got it all going on then.

“I’m really enjoying the sport still but what the future holds, there are some options available.

Tander will jump back behind the wheel of the #33 GRM Commodore this weekend when the Supercars Championship reconvenes at the Formula 1 Australian Grand Prix for Round 2 of the series.