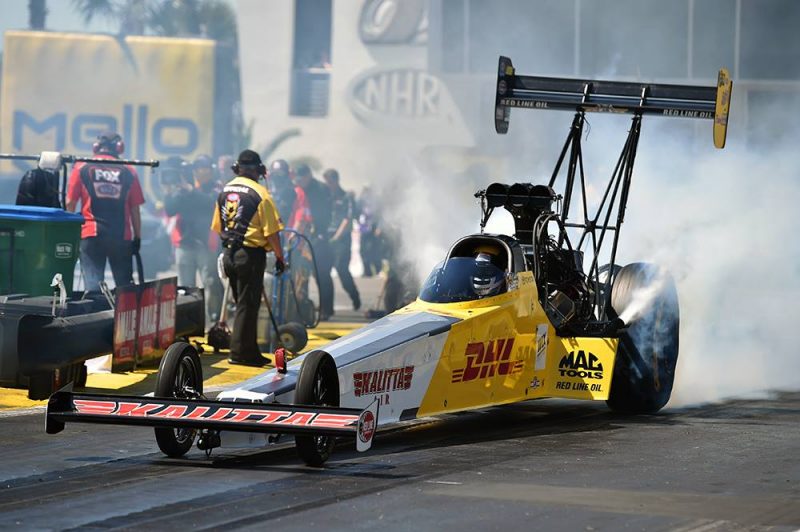 Australian Richie Crampton has won for the first time in NHRA Top Fuel since 2015, in Florida’s Gatornationals.

The win, his eighth in total, came in his second final for Kalitta Motorsports since making his full-time return to driving with the team in August last year.

Crampton beat team-mate Doug Kalitta with the holeshot in the first round by 0.007s.

He and second round rival Mike Salinas both smoked their tyres but it was the latter who got sideways, crossed the centre line, and hit the wall.

The South Australian beat three-time world champion Antron Brown in the semi-finals to set up a contest with first-time finalist Shawn Reed.

Reed never set a time having been shut off after the burnout with a fuel issue, handing Crampton his first win in the Gatornationals. 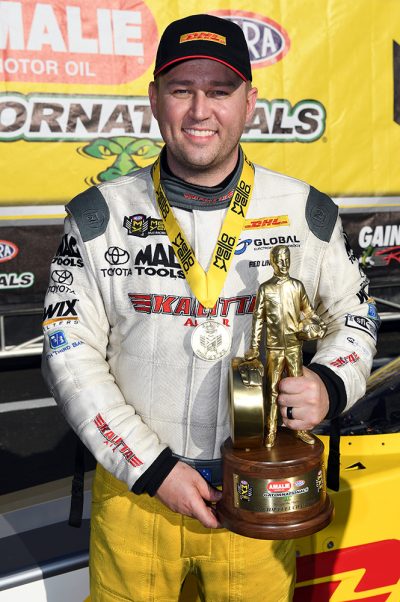 “It’s always tough when you have to race your team-mate in the first round, and I was super lucky to get around Doug – he’s one of the best out there – but we showed there are no team orders at Kalitta Motorsport and it was a good race for the fans.”

The 37-year-old also noted the significance of the win being his first since losing his drive when previous team Morgan Lucas Racing, which he still works for as a fabricator, closed its own racing program.

“It wasn’t too long ago I was sitting on the bench just reminiscing about when I used to drive a Top Fuel car,” he added.

“To be back with Connie (Kalitta, team owner), (crew chief) Rob Flynn, (car chief) James Riola, and my all my team guys, they’re a great group and I’m very lucky to drive for them.

“Hopefully, we can win some more of these (trophies) this year.”

Crampton is now sixth in the standings after the first 3 of 24 events this year.