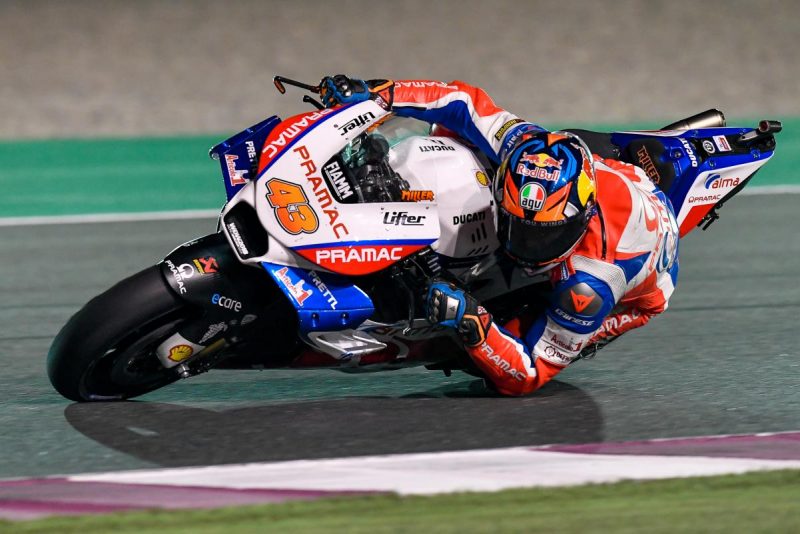 Jack Miller says that there is “way more to come” from he and his Pramac Ducati having finished the Qatar MotoGP with mixed feelings about his 10th position finish.

Miller admitted that he had hoped for a better result but was nevertheless pleased given that it came after a conservative first race on the year-old GP17 he will ride in 2018.

The Queenslander started 10th and circulated in positions nine to 11 for the entirety of the 22-lap race, including two positions gained when Alex Rins and Jorge Lorenzo crashed separately on Lap 13.

But for an early battle with factory Suzuki rider Andrea Iannone, Miller’s race appeared quite uneventful.

“Starting 10th and finishing in the same position after 22 laps isn’t going to get anyone that excited, especially me, and especially after how well the pre-season went for me,” the 23-year-old admitted in his Red Bull column.

“I was expecting quite a lot more.

“The whole weekend was one of those ‘nearly, but not quite’ weekends where you feel you can just about touch a good result, but it never quite gets there.”

By way of comparison, Miller finished eighth aboard a Marc VDS Honda in the corresponding race last year.

He pointed out that he was marginally further behind the race winner in 2018, but had taken a far more cautious approach due to high tyre wear at the Losail International Circuit.

“I was in okay shape hanging onto the main group for the first bunch of laps, but got a bit of a warning at the second-last corner eight laps in when I had a decent moment, and you could tell I needed to manage the front tyre life a bit more,” Miller recounted.

“That was when my pace dropped off.

“Compared to last year, I finished a tenth of a second (literally 0.108secs, someone told me) further back from first place than here in 2017, which isn’t great.

“But it’s not all bad, because last year I was pushing like crazy and maxed it out to get to eighth, and this year I know we have way more potential than that and I was still the same 14-ish seconds off the winner.

“Didn’t feel like I could have done much more last year, but there’s way more to come from me and this Ducati.

Round 2, which is set to be Miller’s 50th MotoGP race, takes place in Argentina from April 6-8 (local time).