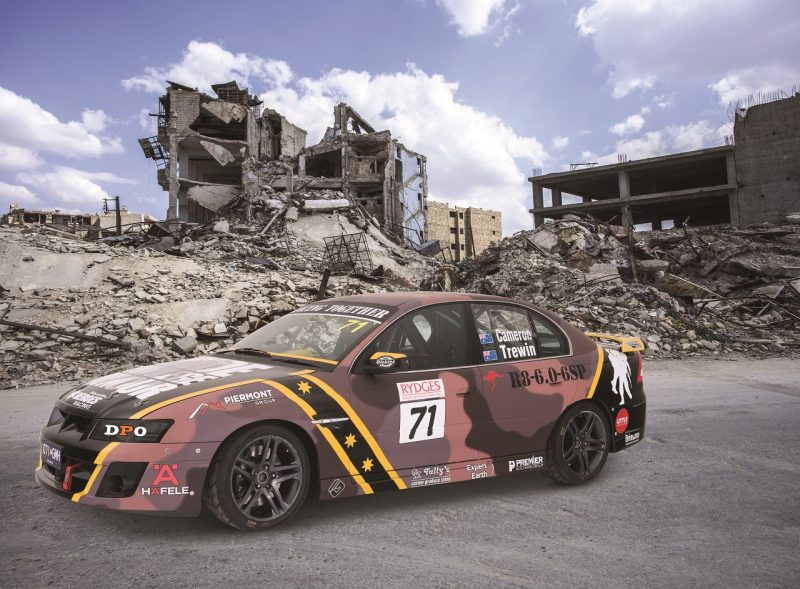 Scott Cameron and Warren Trewin will drive the Wounded Heroes Racing HSV Clubsport R8 in Class A2 in the hope of raising the profile of the charity.

Wounded Heroes is a volunteer organisation which provides short-term financial support to deployed members of the Australian Defence Force, the wounded, and their families.

It also oversees the operation of support services including recovery programs for injured soldiers, soldier recovery centres for rehabilitation, counselling services, and social engagement services for families of servicemen and women.

The organisation, founded in 2007, receives no government funding but claims to return 94c in each dollar collected in donations to charitable initiatives.

Cameron and Trewin, who have raced HQ Holdens before the former ventured into V8 Utes last year, are both enthusiastic about supporting the cause.

“Wounded Heroes receives no government funding; they rely entirely on public and corporate donations to provide their support services to military personnel, especially in the veteran community,” said Cameron.

Trewin added, “Racing at an event like the Bathurst 6 Hour, which has a high level of exposure, is a way of generating publicity for Wounded Heroes.”

“What the drivers and team have given us, with full naming-rights signage on the car, is magnificent,” said Shaw.

“The opportunity to expose our charity to the masses is extremely valuable, and the team has also been very pro-active in off-track promotions; they have created a special poster which spectators will be able to collect at the track.”

Cameron and Trewin finished third in the Invitational class (35th outright) in a VT Commodore in last year’s Bathurst 6 Hour.

This year’s edition takes place from March 30-April 1, with Sunday’s race telecast live on Fox Sports for the first time.