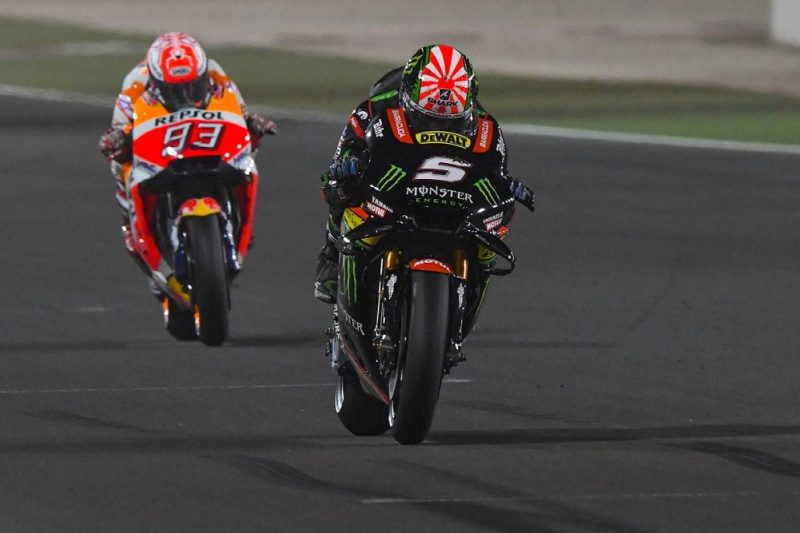 Johann Zarco has smashed a decade-old pole record to take up top spot on the starting grid for the MotoGP season-opener in Qatar.

The top three of Zarco, Marc Marquez, and Danilo Petrucci all went under Jorge Lorenzo’s old benchmark, which was set in the era of qualifying tyres.

Zarco had crashed during the Free Practice 4 hit-out prior to qualifying and sat fifth after the first runs in Q2 but shot to the top in a scintillating end to the evening at the Losail International Circuit.

His time of 1:53.680s was 0.247s faster than the previous record and gave the Tech3 Yamaha rider, who led last year’s Qatar MotoGP before crashing, his third pole in the premier class. 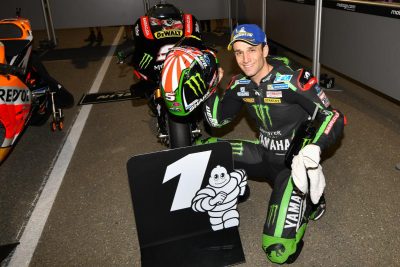 “I had a crash in FP4 and I didn’t get any doubts with that crash but it’s not fun to be down before qualifying.

“But then I knew that with new tyres and a nice bike I felt good, and since this morning I got back my feeling that I had during the test, and to be the lap record holder makes me really happy.

“Tomorrow is the main thing, try to win, try to be on the podium. It looks the pace is not the best one but at least starting from pole is the best chance to catch a good result.”

Defending world champion Marquez was competitive throughout the 15-minute session and ended up 0.202s adrift on his Repsol Honda having also gone faster after the chequered flag.

Pramac Ducati’s Petrucci was only 0.005s slower in the final front row position.

Dovizioso was fastest after the first runs but was the only rider to not improve on his second run.

Dani Pedrosa (Repsol Honda) was seventh-fastest, Valentino Rossi the best of the Movistar Yamahas in only eighth, and Jorge Lorenzo (Ducati Team) also on the third row.

Jack Miller topped Qualifying 1 on his way to rounding out the top 10 in his first competitive ride on the Pramac Ducati GP17, one position ahead of Andrea Iannone (Suzuki Ecstar).

The man who won last year’s Qatar MotoGP, Maverick Viñales, has so far carried the factory Yamaha squad’s difficult pre-season into the first grand prix weekend of the season having been forced into Q1 and ultimately qualifying 12th.

Both the Red Bull KTMs of Bradley Smith and Pol Espargaro experienced apparent technical problems during Q1 which saw the bikes left off the side of the race track.

Meanwhile, Karel Abraham at one stage tried to leave the pits with a tyre warmer still wrapped around the rear Michelin on the Nieto Ducati.

The first race of the season, scheduled for 22 laps, starts on Monday morning at 0300 AEDT.

Next Story Local wins ASBK round at Wakefield Park