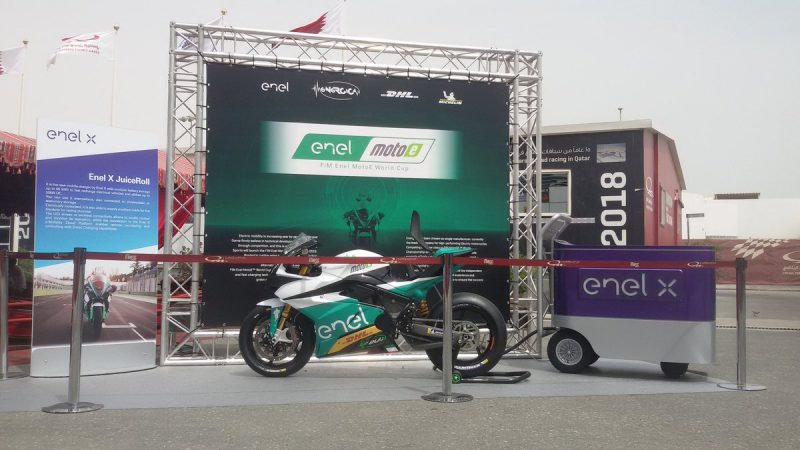 The 11 teams which will contest the inaugural MotoE World Cup next year have been revealed by organisers.

Teams met with organisers at this weekend’s MotoGP season-opener in Qatar.

“We had the first meeting with all the teams who will be competing next year in MotoE,” said Cup Director Nicolas Goubert.

“There will be 11 teams, running 18 bikes. All the bikes will be Energica bikes, the same, so it will be a Cup.

“We will have five rounds next year in Europe. We haven’t yet decided on the tracks we’ll be going to, but as I said it was a kick off meeting so all things have to be put in place. Basically, it starts now.

“It was important to see all the teams because now they have enough information to get organised; to start looking at the riders they’ll have and look at the crew they’ll have.”

An Energica electric bike will be taken for a demonstration lap at each grand prix this year.