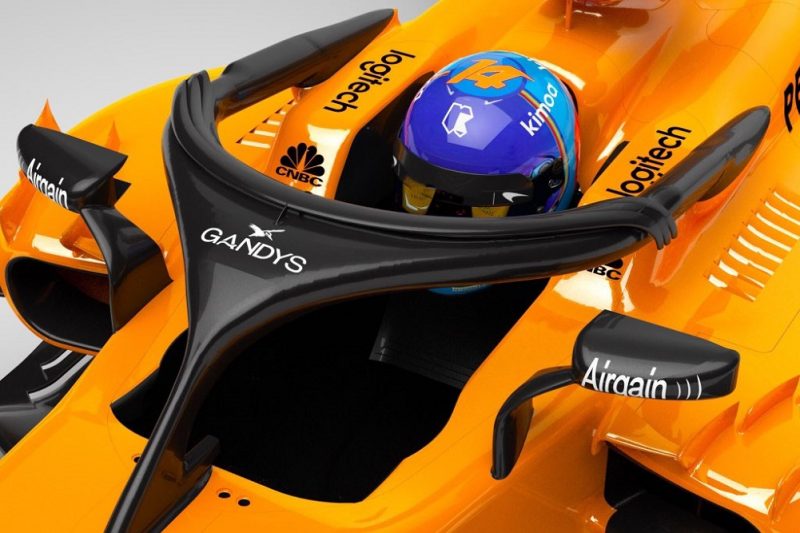 A render of the MCL33 with Gandys branding on the halo pic: McLaren Twitter

The branding of thongs and other apparel producer Gandys will appear on the McLaren Formula 1 cars’ halos at the Australian Grand Prix.

Gandys will also make ‘Halo Edition’ pairs of thongs as part of the agreement.

The British brand was established in 2012 by brothers Rob and Paul Forkan after losing their parents in the 2004 Southeast Asian Tsunami.

The venture allowed them to set up the Orphans For Orphans foundation in Sri Lanka, where their parents died.

Today, 10 percent of profits continue to go to the foundation, as will all the profits from the Halo Edition thongs.

“We’re delighted to have Rob, Paul and the team at Gandys join us for the Australian Grand Prix,” said McLaren Chief Marketing Officer John Allert.

“The placement of the logo, on the MCL33’s halo, was not only perfect from a branding perspective, but also a great opportunity to underline Gandys’ charitable commitment to providing a safer, more protective environment for those at risk. 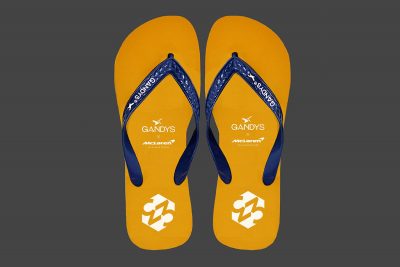 “Collaborating with Gandys on a limited-edition co-branded product was also a meaningful step for us. By giving 100 percent of all profits to the Orphans For Orphans charity, McLaren is also able to help a very deserving good cause.

“Showcasing this partnership in Australia, where we race just a stone’s throw from Melbourne’s beautiful St Kilda beach, just felt like the best possible opportunity for Gandys to showcase its brand and noble cause on the international stage.”

Gandys co-founder Rob Forkan explained that there was a certain synergy achieved by running the branding at the Albert Park race.

“We were absolutely thrilled when McLaren came to us with this idea,” he said.

“When the brand was created, Paul was living in Melbourne, and I went out to surprise him on his birthday to tell him about the idea for Gandys.

“After managing to persuade him to return to the UK and start the brand, it’s really exciting to be going back.

“In fact, it will be the first time we’ve returned to Melbourne, so it’s great to feel we have come full circle.

“By putting Gandys’ branding on the car’s halo, we can help to strengthen the message behind our Orphans For Orphans initiative; creating a protective and inspiring environment for children at risk.

“It is a step in the right direction for the safety of the drivers and a great step for Gandys.”