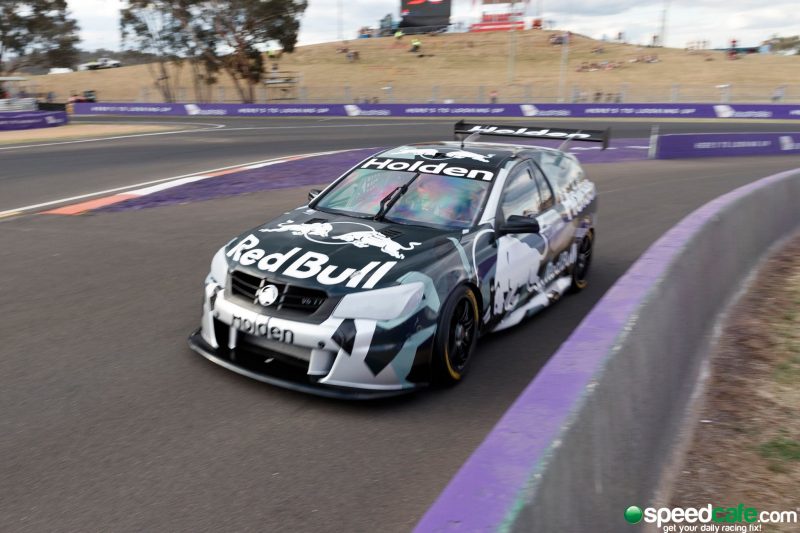 Triple Eight is hopeful its V6 twin-turbo wildcard Holden will make an appearance before a proposed run at the Supercheap Auto Bathurst 1000.

The factory Holden Supercars team has been developing the 3.6 litre V6 twin-turbo engine alongside General Motors, which is set to replace the V8 engines in its Supercars and be available for all Holden teams next year.

Development of the engine is on schedule as the team builds up for an expected series of wildcard runs for a V6 twin-turbo ZB Commodore as the operation prepares for a full roll out of the power plant in 2019.

Supercars’ showpiece Bathurst 1000 has been touted as one location where the wildcard will appear, with Porsche star and 2017 Triple Eight Pirtek Enduro Cup driver Matt Campbell tipped to drive the entry.

So far the only public appearance of the engine arrived courtesy of demonstration laps in a Holden Sandman bodied Supercar at Bathurst last year.

However, Triple Eight team manager Mark Dutton hopes Bathurst will not be the debut event for the car and engine.

“Hopefully its (first run) will be before Bathurst,” Dutton told Speedcafe.com.

“You always want to do one before the main gig so we are still deciding exactly what we do there, but we would like Bathurst not to be the first time it rolls out.”

The V6 powered twin-turbo ZB Commodore will be required to undergo Supercars homologation testing before it can race, with the car expcted to feature modified bodywork compared to its V8 counterpart.

Dutton says the project is on schedule as the squad prepares to be the first team to run a non V8 powered Supercar in Australia’s premier series.

“It’s on schedule but that doesn’t mean it is an easy schedule,” he added.

“It is tight and we are not on the optimum schedule by any stretch and you would always prefer to be further down the road, but some of those decisions have been outside of our control unfortunately.

“We are still working to a schedule, it is gruelling but it is still manageable.”

Dutton sees the development of the V6 twin-turbo as an important step for Supercars as the championship wishes to entice new manufacturers and stay relevant.

“The fact we are working hard with the V6 twin-turbo program is for the benefit of the whole category,” he added.

“I would imagine there would be a multitude of manufacturers watching with bated breath to see how we go with this V6 twin-turbo program.

“It is actually super critical for the category that we succeed with that because there are manufacturers waiting, from what I have been told, to come into the sport with the V6 twin-turbo.”

The V6 twin-turbo has not been met with support from sections of fans and the current Holden teams with Erebus Motorsport the first to state it wishes to stick with V8 engines next year.

It is anticipated that teams will be permitted to run both V6 and V8 ZB Commodore variants next year.