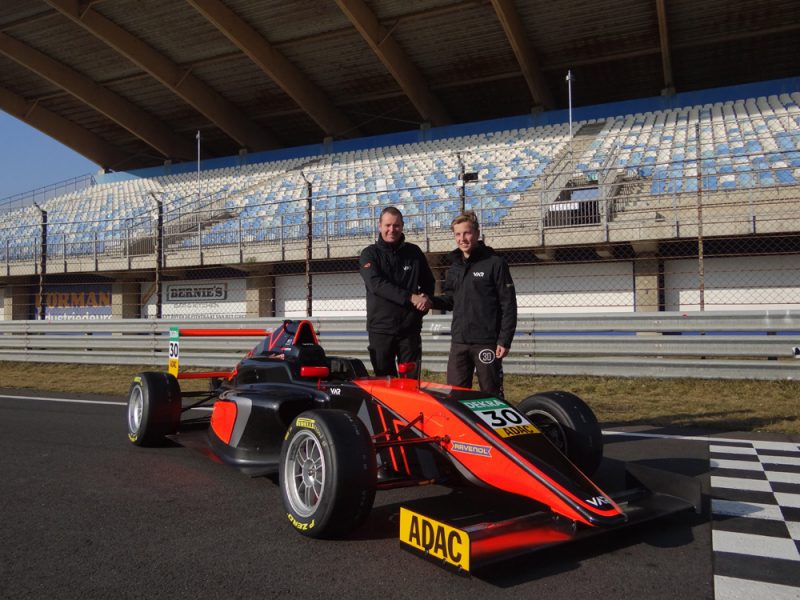 Liam Lawson will drive for the Van Amersfoort Racing squad in the ADAC German Formula 4 Championship this year.

The New Zealander last year competed in the Australian Formula 4 Championship, winning on his debut weekend in the category.

Lawson went on to finish second in the championship to Nick Rowe, securing five wins and seven other podiums throughout the course of the 21-race campaign.

His performance saw him pick up a scholarship to compete in the New Zealand Toyota 86 Championship before earlier this month testing with Van Amersfoort at Zandvoort.

“Ever since I was very young I dreamed of racing in Europe and trying to get to Formula 1, so this is the very first step in making that dream come true. Especially because I got the chance to join Van Amersfoort Racing, the best team to race for in the ADAC F4 Championship,” said Lawson.

“I will give everything to make a successful season for myself, the team and my backers.”

“If a young race driver is willing to move to the other side of the world for his sport, it gives a clear indication about his inner drive,” said team manager Jeron de Jong.

“Liam has left a good impression during our F4 winter tests. We will help him with all we have to get used to the European circuits and driving style as soon as possible.”

The seven round German Formula 4 Championship begins on April 13 in Oschersleben.