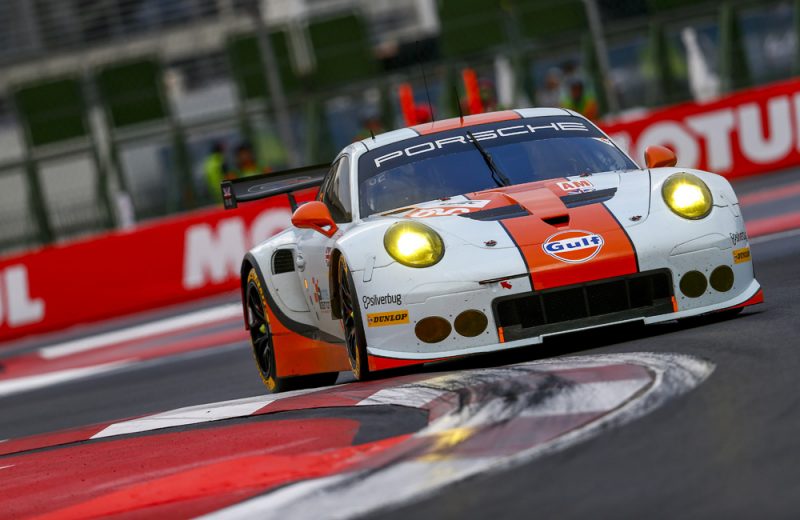 Davison will compete in the LMGTE Am class Porsche alongside Ben Barker and team owner Mike Wainwright for the season, which includes two 24 Hours of Le Mans.

The appointment sees Nick Foster, who drove with the team last year, step out of the car.

“There are very few opportunities in your career where the phone rings and such an opportunity arises,” said Davison.

“The call-up to race in the WEC was very much out of the blue and it’s literally a dream come true.

“I never truly thought I’d have the chance to race in Europe or at Le Mans again and now it’s becoming a reality.”

Davison competed in Europe more than a decade ago with stints in Porsche Carrera Cup Germany and Porsche Mobil 1 Supercup.

He also contested the 2008 European Le Mans Series, where he finished second in the GT2 Class alongside co-driver Marc Lieb.

A test at Vallelunga in Italy two weeks ago provided Davison his first taste of the Porsche 911 RSR, and prevented him from taking the Porsche Wilson Security Carrera Cup grid in Adelaide where Leanne Tander stepped in for the event.

“The new Porsche 911 RSR is incredible; it’s amazing how the cars have progressed over the past decade. The 2008 911 RSR was amazing, but the current RSR just feels like much more of a purpose built race car.

“While much of the Vallelunga test was wet, it was valuable experience in the new RSR,” Davison said.

“The car has loads of downforce and you could really push it through the high-speed sections of the circuit, even compared to the GT3-R, which meant I really had to recalibrate my brain. It was also odd seeing a 911 without the engine sitting in the back.”

Davison will return to the Carrera Cup Australia fold next weekend at the Australian Grand Prix as he looks to combine his WEC program with a number of local outings.

“It’s going to be an exceptionally busy season for me, between my FIA WEC and Carrera Cup commitments,” Davison admitted.

“Gulf Racing is a new team to me, but I know Ben already and Mike has been great.

“I have experience on many of the WEC circuits and also the longer distance formats. It will now be up to me to adapt to the new surroundings for what will be a hugely exciting season.”

Davison’s first official WEC outing will be at the Prologue at Paul Ricard in France on April 6-7, before the opening race of the season at Spa-Francorchamps on May 5.

Next Story Chaotic start sees Ferrari crash out of Sebring