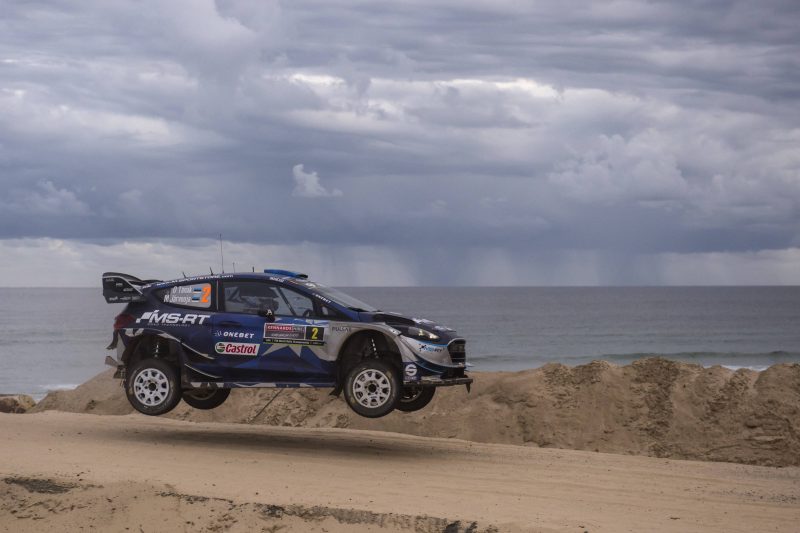 The Seven Network will broadcast live coverage of Rally Australia, which takes place from November 15-18, as well as hour-long highlights shows from each of the remaining WRC rounds on the male-focused multichannel.

The telecast of Kennards Hire Rally Australia in Coffs Harbour will span four-and-a-half hours across the weekend and is expected to feature three live stages including the Power Stage.

The schedule represents an increase on recent FTA deals, while WRC coverage will total over 15 hours for the year.

“Seven is a pioneer of motorsport television and will bring many new fans to the WRC.

“With the WRC in its 26th season in Australia and after an incredibly exciting contest with faster new cars in 2017, 7mate is launching its coverage as enthusiasm for the sport continues to grow.”

The ARC and AORC shows, including an extended program for the flagship Tatts Finke Desert Race, will again be produced by Neil Crompton’s AirTime Media.

“This is an exciting development for Australian rally fans and competitors,” said CAMS CEO Eugene Arocca.

“This is a great result for the Championship, as it provides free and easy access to some competitive motor sport action.

“And giving rally fans even more WRC coverage, including Australia’s own Kennards Hire Rally Australia on the Coffs Coast, is a truly great result and will only build the sport’s profile further.

“It’s been an absolute pleasure working with Saul Shtein and his team at Channel 7 to finalise this arrangement and we can’t wait for the programs to air in the near future.”

“Across the Australian Rally and Off Road Championships, as well as the WRC, there is going to be plenty of exhilarating action for viewers to soak up on 7mate,” he said.

“We’re excited to be working with CAMS to deliver these products to television screens around Australia, and of course it’s all free.”

Highlights of the season-opening Courier Eureka Rally will first air this Sunday (March 18) at 0930 with repeats on Wednesday and Thursday.

Rally Tasmania and the round at Rally Australia are the other events from the domestic championship which will be seen on television.

The recent rally Mexico will be first shown on 7mate on Wednesday March 28 with highlights of other rounds first airing on the Wednesday following the rally.

AORC coverage begins approximately a fortnight after Round 1, the St George 399, on May 4.