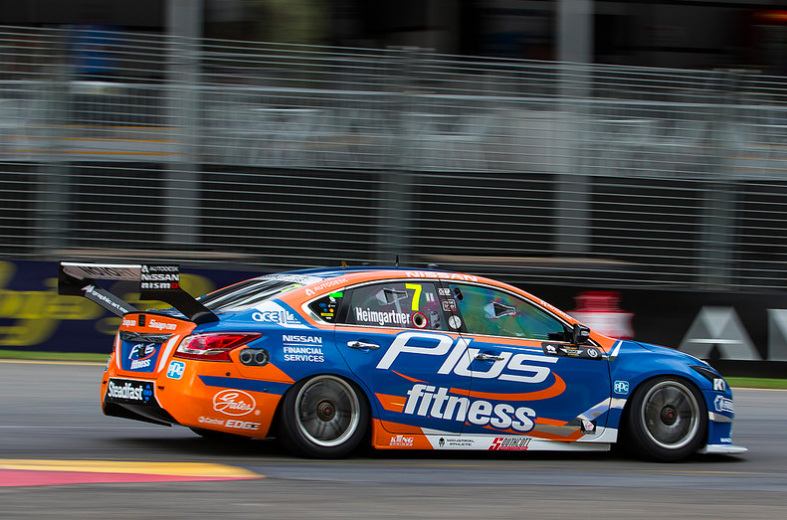 Andre Heimgartner is revelling in the opportunity to prove his critics wrong as he bids to establish himself as one of Supercars’ best young talents.

The New Zealander impressed on his debut with Nissan Motorsport in Adelaide which marked a full-time return to the category after two rocky seasons with Tickford (2015) and Lucas Dumbrell Motorsport (2016).

Heimgartner lost his place on the Supercars grid last season as he contemplated a complete move away from the category by racing in sportscars, notably the Porsche Carrera Cup Australia.

However, the 22-year-old is now relishing a second chance in the series with Nissan Motorsport after the Braeside squad chose to promote him into the seat vacated by the retiring Todd Kelly, having impressed in the Pirtek Enduro Cup for Brad Jones Racing.

The Kiwi admits last season was a year spent rebuilding his reputation which has proved ultimately successful.

He made a strong impression on his return at Adelaide, resulting in an appearance in the Sunday Top 10 Shootout.

His weekend was however hampered by an ill-fitting seat in Race 1 followed by a mechanical issue in Race 2.

Heimgartner, who lifted the NZ V8 title last weekend, is eager to capitalise on his chance with Nissan.

“After the last couple years in Supercars everyone wrote me off and thought I didn’t have what it takes,” Heimgartner told Speedcafe.com.

“For me it was a big personal challenge last year from me and my management to fight back and repair my reputation and clearly we were able to do that.

“I’ve come back a more respected as a driver and going out there and proving my worth is something I’m definitely loving at the moment.

“I want to do to cement myself hopefully as one of the guys that are up and coming.

“The start of my Supercars career was a bit rocky but looking back now I almost wouldn’t have it any other way.

“It has made me look within myself and dig deep and go the extra mile, not so much prove everyone wrong, but to prove to myself.

“I’m really revelling in the opportunity of having such great team behind me. It is a relationship that is going to work really well.”

Heimgartner says he hasn’t set himself any goals for the season but is convinced that the Nissan Altima package, and a partnership with his former Tickford engineer Dilan Talabani, has the potential to surprise the paddock.

He is set to run an upgraded car at next weekend’s championship round at the Formula 1 Australian Grand Prix.

“There has been a bit of a change of structure with people coming in and Todd (Kelly) stepping out to manage the team,” he added.

“I think he is really enjoying it and he did great job at Adelaide and I think everyone is very pumped and we have some upgrades coming to the car.

“The car was actually pretty speedy at Adelaide and if we had got it right our car had top-five pace.

“We definitely have the package that can do something and that is where the optimism in coming from, we just need to put it altogether.

“We are just looking to get the best possible results we can and we are not getting too carried away with it.

“We are going to put our heads down and see what we happens. We have a fast car and if we can put it together we will surprise a few people.”