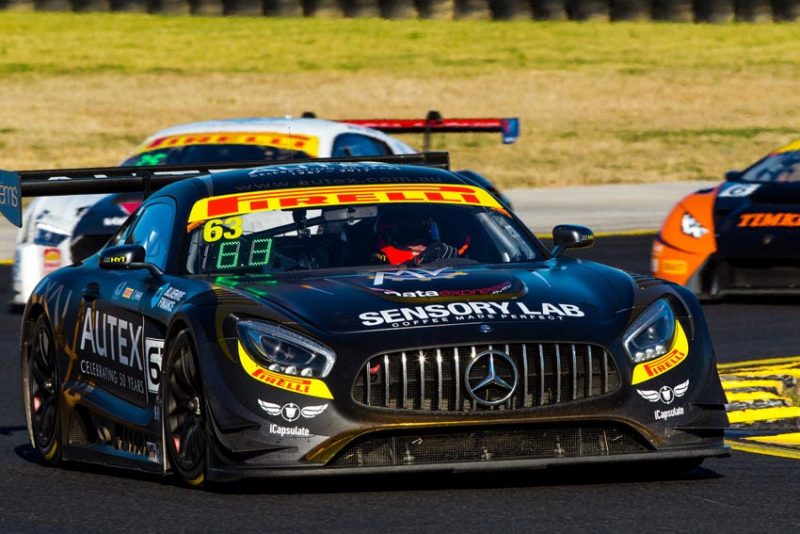 The 2017 Australian Endurance Championship-winning pair of Peter Hackett and Dominic Storey will re-form for the opening round of the Australian GT season at Albert Park.

Hackett is set to take on a full CAMS Australian GT Championship campaign this year, while Storey’s appearance is currently a one-off with the New Zealander having moved into the Dunlop Super2 Series.

Together, they clinched the AEC title in a tense finale at Highlands Motorsport Park last November.

Hackett and Storey will again share an Eggleston Motorsport-prepared Mercedes-AMG GT3, though they will take the wheel of the car for two races each under the four-race format in play at the Melbourne city circuit.

“The format suits the two of us combined, we know Dom’s very quick in the car and we know there are a lot of strong drivers at the Grand Prix.

“Dom will definitely be pushing for a top three finish in the Pro race, and at the end of last year in particular I was quite strong in the Am class I think.

“At the Grand Prix it’s double duties for me. I’m doing the Speed Comparison as well with the Formula 1 car and the road car; that’s a little bit of fun.

“For me it’s a home race, I live in Albert Park, and Mercedes-Benz’ and AMG’s home is in Melbourne as well.

“For us there’s an extraordinary fan base and number of supporters that will be at the Grand Prix and we’d really like to put on a great show for everybody supporting Lewis Hamilton and everyone that supports AMG.”

Storey had indicated a willingness to continue with GT racing despite taking up a Supercars seat, and the drive may not be his last in the Mercedes-AMG this year.

“The aim is to try and do the other two sprint rounds with Pete as well,” said Storey.

“I want to keep my relationship with Mercedes, even though I’m doing Super2.

“The idea is we’ll do the Grand Prix together at least, so it’s all worked out quite nicely.

“Obviously we won the championship together last year which is great, but I’m really happy to do at least a couple of rounds with Pete this year.”

Hackett’s partner for the three endurance rounds, which now form part of the Australian GT Championship, has not yet been announced.