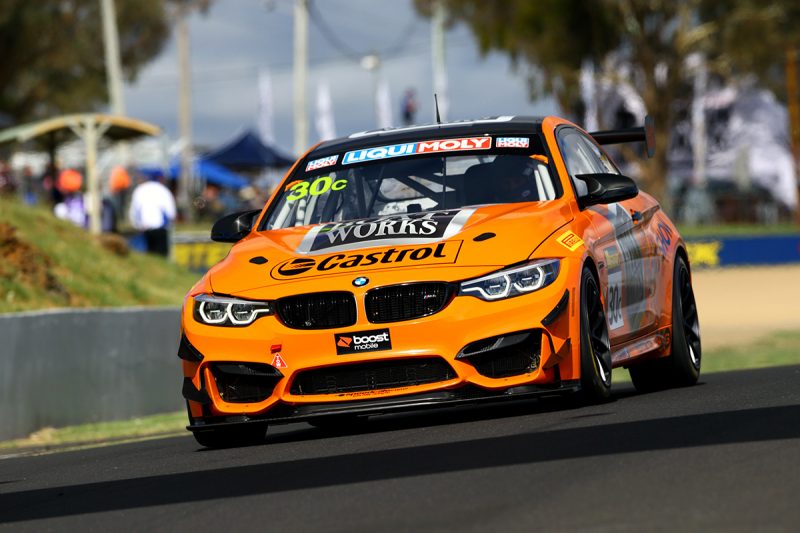 Matt Brabham and Aaron Seton have been offered the chance to repeat their class win at the Liqui-Moly Bathurst 12 Hour in the 2019 event.

The duo raced alongside veteran Tony Longhurst in The Boat Works backed BMW M4 GT4 in the 2018 edition of the race, winning Class C by four laps.

Though next year’s event has not yet had its date confirmed, Longhurst has already offered both Brabham and Seton the chance to pilot the GT4 BMW again next year.

Should they accept, they’ll be joined by a new co-driver after Longhurst’s confirmed his retirement.

“It was just a natural thing to automatically offer Matt and Aaron the chance to defend their Bathurst title in our car next year if they are not snapped up for an open-class drive,” said Longhurst, who owns and operates The Boat Works.

“To win our class at Bathurst with Tony (Longhurst) and Aaron (Seton) was a little surreal really and then to follow that up with the Pirtek Enduro Cup deal with Charlie (Schwerkolt) and the Preston Hire Racing team just kept the momentum rolling,” said Brabham, who has taken on an ambassadorial role with The Boat Works.

“To have this personal relationship with Tony and The Boat Works is an enormous help for a driver of my age trying to make a living out of this sport and to automatically be offered the ride for next year’s 12-hour with Aaron in a bonus.”

Brabham is currently racing in the Stadium Super Trucks, with the next race at Long Beach on April 13-15, and will co-drive the Preston Hire Commodore alongside Lee Holdsworth in the Pirtek Enduro Cup later this year.

Seton meanwhile is still assessing options for his 2018 racing program, and is instead focused on working as a engineer with DJR Team Penske.

Next Story AEC winners pair up again at Grand Prix