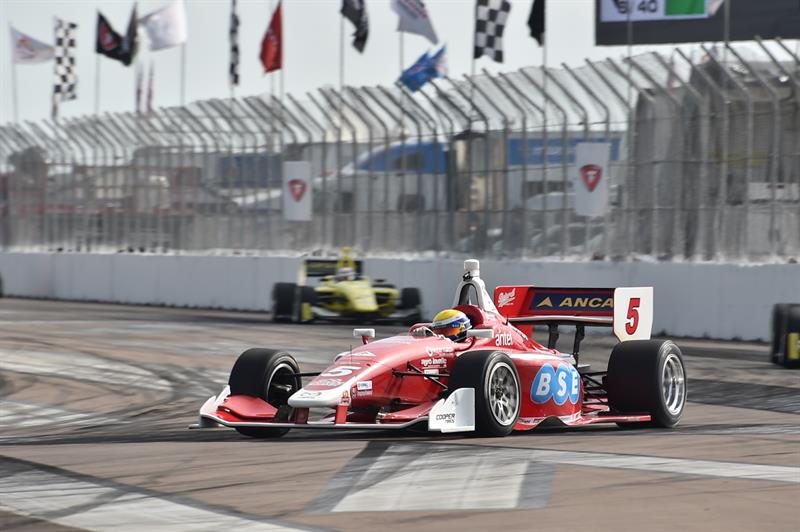 Santi Urrutia leads the Indy Lights series thanks to a win and a second placing in the opening round in St Petersburg.

The Uruguayan inherited victory in Race 2 after Colton Herta hit the wall at Turn 8 while running second on Lap 10, then Pato O’Ward ran up the run-off at Turn 4 on Lap 32 of 40.

O’Ward ultimately took seventh, last of the finishers, having won Race 1 a day prior.

The Mexican got the jump from second position on the starting grid and led all the way to take the chequered flag over six seconds ahead Urrutia.

The next two races are at Barber Motorsports Park across April 20-22. 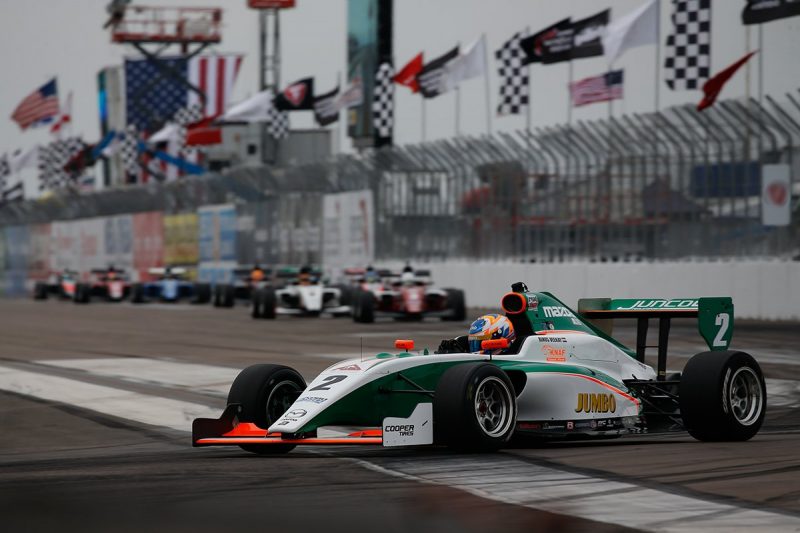 Rinus VeeKay has won both races at the start of the new Pro Mazda season at St Petersburg.

Having qualified eighth for Race 1, the Dutchman gradually moved up to second position before a Caution with 10 laps remaining.

VeeKay took the opportunity to pass Parker Thompson at the restart and went on to win by just over 0.3s.

A dramatic start to Race 2 saw VeeKay plummet from pole to 10th and Harrison Scott go the other way from seventh to the lead.

However, the green flag had actually been waved too early due to a technical issue and the race was red-flagged.

When it was restarted with qualifying order restored, VeeKay led all the way despite having to survive a two-lap dash after a late Caution.

Thompson is second in the standings and Robert Megennis third with the next two races at Barber Motorsports Park across April 20-22. 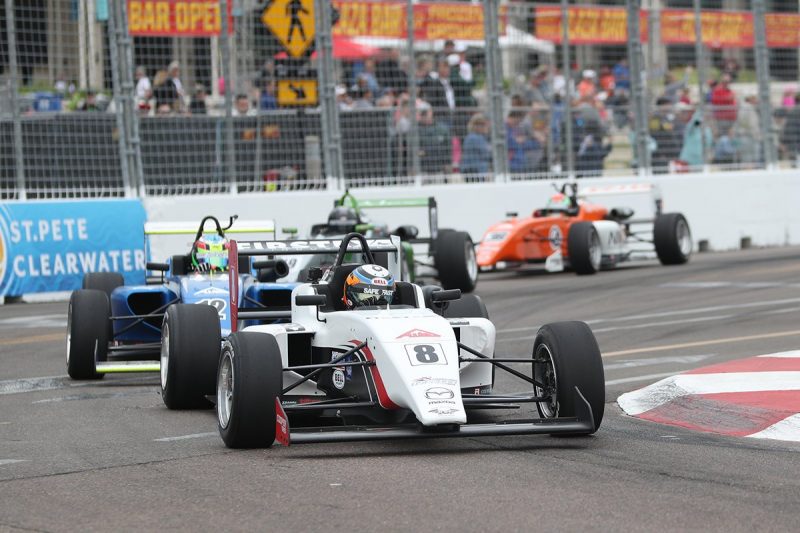 Kirkwood beat pole-sitter Jose Sierra out of the first corner in Race 1 and was never headed.

Sierra took the chequered flag just under 5.5s later, with third-placed Darren Keane even further back.

Baron took pole for Race 2 and led at the end of all 25 laps, while Igor Fraga similarly ran in second position for the duration.

There was more competition for third position as Lucas Kohl ultimately prevailed over Jamie Caroline.

Kirkwood finished that encounter in fifth position and leads Sierra in the standings ahead of the second round on the Indianapolis road course from May 11-12. 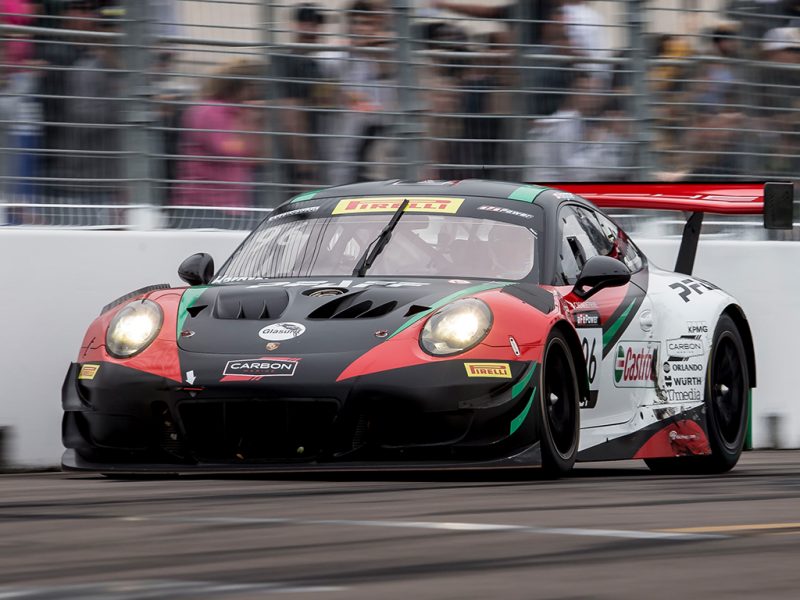 Scott Hargrove has won both Pirelli World Challenge races in St Petersburg in a round marred by a big crash for Alvaro Parente.

Parente’s K-Pax Bentley Continental suffered an apparent brake failure in Race 2 and ran into the Turn 10 run-off area at high speed, climbing up and coming to rest on the tyre barrier.

Ironically, the red flag meant that Parente, who climbed out of the car himself, was classified a finisher in eighth position.

Hargrove won the race from first on the grid, having also taken out the season-opener the day earlier.

The Pfaff Motorsports Porsche 911 GT3-R came from last in the 11-car field in that encounter, in no small part due to a mess at the start which took out three cars (See highlights below).

Among them were Parente, who tangled on the exit of Turn 1 with Spencer Pumpelly (TRG Aston Martin Vantage) and put both in the wall.

The next event is a SprintX weekend at Circuit of the Americas on March 23-25.