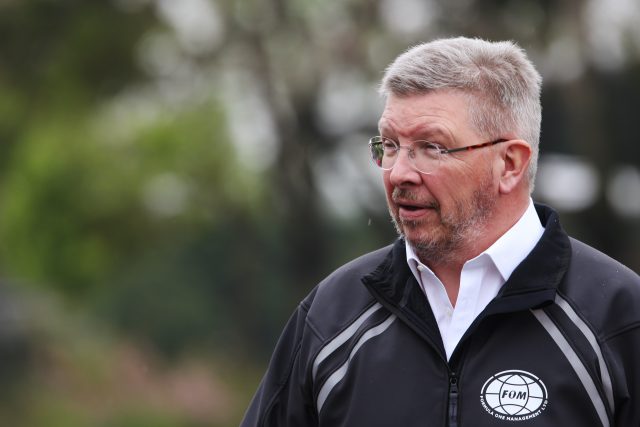 Formula 1’s director of motorsports Ross Brawn has been announced as the special guest of honour at this year’s Australian Motor Sport Hall of Fame dinner presented by Speedcafe.com.

The legendary former F1 team principal, engineer and strategist is due to attend the third annual Australian Motor Sport Hall of Fame event in Melbourne on the Friday night of next week’s Australian Grand Prix at Albert Park.

Launched two years ago, the annual black-tie event has already become one of the highlights of the Australian Grand Prix weekend in Melbourne.

This year 21 legends of Australian Motorsport will be inducted into an already impressive list of the sport’s greats, including nine-time grand prix winner Mark Webber and 1995 Australian Touring Car Champion John Bowe.

This year’s event will include many of the previous inductees as well as the introduction of a new Legends Category, where just two of Australia’s greatest competitors will be honoured.

The Speedcafe.com Spirit of Speed award presented by Michelin will also be awarded to Australian Motor Sport’s Volunteer of the Year.

The Englishman, who is now a key player in the forging the future of F1, has enjoyed a stellar career in the sport, highlighted by world championship wins at Benetton, Ferrari and his eponymous Brawn GP squad in 2009.

“Australians have played and has since played a role in the evolution of motorsports since its earliest days,” said Brawn.

“For a country with a relatively small population, Australia has had incredible success on motorsports’ world stage in a diverse range of two and four-wheel competition.

“The Australian Grand Prix is always one of the highlights of the F1 season and I have received terrific feedback on what the Hall of Fame dinner has added to the spectacle the last couple of years.

“Garry (Connelly) and his team have done a terrific job making this a world-class event which can be enjoyed by the industry, the family and friends of the recipients and the fans, which really is rare.

“I look forward to being a part of the night and enjoying the stories and achievements with the list of the 2018 inductees.”

Australian Motor Sport Hall of Fame chairman Garry Connelly believes Brawn’s presence will prove to be a worthy addition to the night.

“There are few people who have had as much success or been as influential on the sport of Formula 1 than Ross Brawn,” said Connelly.

“We are delighted that Ross has accepted our invitation to be a guest speaker at our third annual dinner on Friday, March 23.

“Ross has some amazing stories and will share some insights into the ever-changing world of Formula 1.”

General admission tickets for the night can be purchased. For more information CLICK HERE.