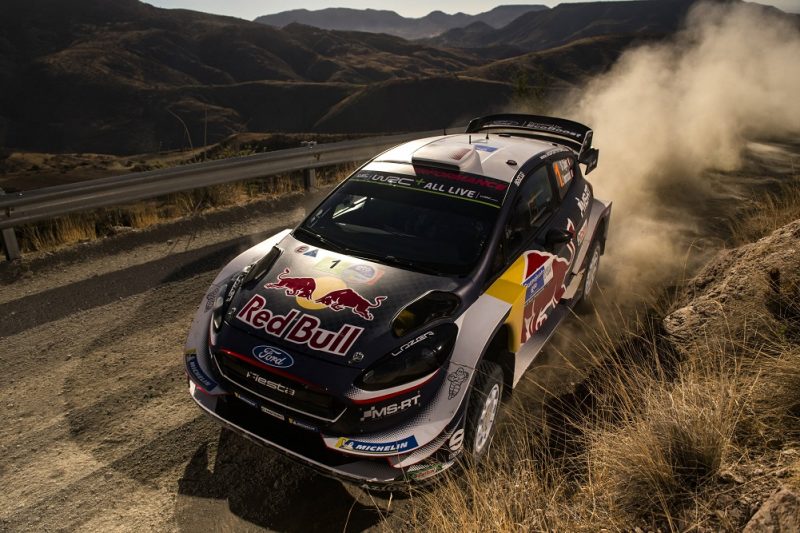 Sebastien Ogier has taken victory in Rally Mexico on a final day made easier when nearest rival Kris Meeke crashed into a ditch.

Ogier moved into the rally lead with four stage wins on the Saturday and his 35.9s lead over Meeke became 48.0s over Dani Sordo when Meeke came to grief on the first of Sunday’s three stages.

Not only did the M-Sport Ford driver go on to take victory, Ogier also picked up four Power Stage points for finishing second in the second of two passes through the Las Minas stage and reclaimed the championship lead which he lost in Sweden.

Sordo, in his second start of the year as he shares his seat with Hayden Paddon, inherited second position from Meeke on Special Stage 20.

The Spaniard remained there through the final two speed tests despite his Hyundai picking up a puncture in the power stage, ending up 1:13.6s adrift of Ogier.

Meeke ruined his chances of victory 4km from the end of SS20 when he slid off-course and tipped his Citroen into its side in a ditch, but the 2017 Mexico winner still claimed an overall podium.

Andreas Mikkelsen was best of the rest, and the Hyundai driver picked up a point for finishing fifth in the Power Stage.

Sebastien Loeb, whose hopes of a fairytale victory were dashed with a puncture while leading the day prior, took fifth in the second Citroen.

Previous championship leader Thierry Neuville remained a distant sixth in the #5 Hyundai but at least scrounged two more points in the Power Stage.

The first of the Toyotas was Jari-Matti Latvala in eighth, the Finn’s rally ruined by alternator problems on Friday.

He did, however, grab three Power Stage points and also won the first stage of the Sunday.

Team-mate Ott Tanak won the day’s other two stages, including the Power Stage, but those were the Estonian’s only five points after a turbo problem on Saturday consigned him to 14th overall.

The other Toyota driver Esapekka Lappi evenly split them in 11th overall having crashed on the Friday.

Update: Ogier subsequently penalised 10s for hitting a chicane during the Power Stage