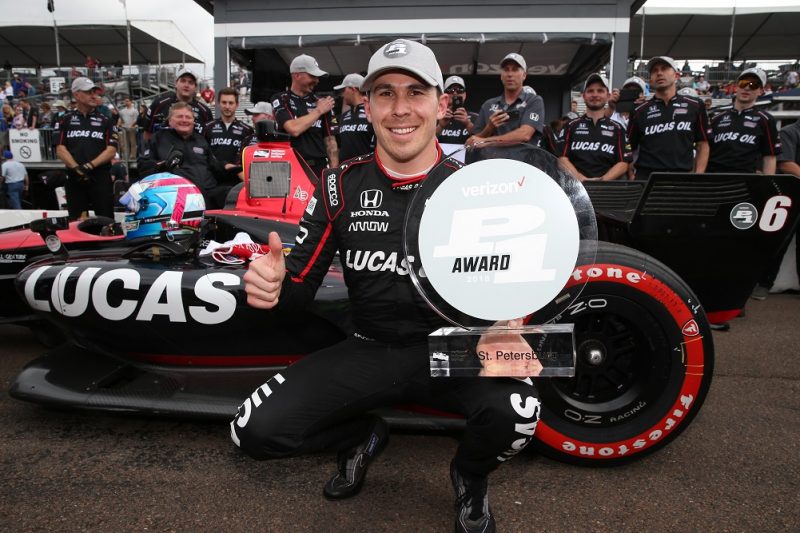 Rookie Robert Wickens has taken the first pole of the new IndyCar season while defending champion Josef Newgarden did not advance from the first round of qualifying.

The Canadian will share the front row with Will Power, while Newgarden qualified in 13th.

In a Firestone Fast 6 marked by enough rain to make conditions tricky, but still not enough for wets, Wickens stunned by taking the #6 Schmidt Peterson Honda to the top of the timesheets at the very last moment.

Scott Dixon was caught out by the rain during the second round of qualifying, waiting too long to attempt a serious flyer and ending up ninth on the grid in the #9 Chip Ganassi Honda.

The 2016 champion lost his best two laps and will start 11th.

Alexander Rossi (#27 Andretti Autosport Honda) will also be on the sixth row for the start after a penalty for qualifying interference which cost him a place in the Fast 6.

Marco Andretti (#98 Andretti Herta w/ Curb-Agajanian Honda) missed out on the second round, also due to qualifying interference, and will take up 18th position on the starting grid.

Graham Rahal makes up the very rear of the 24-car field having spun the #15 Rahal Letterman Lanigan Honda at Turn 10.