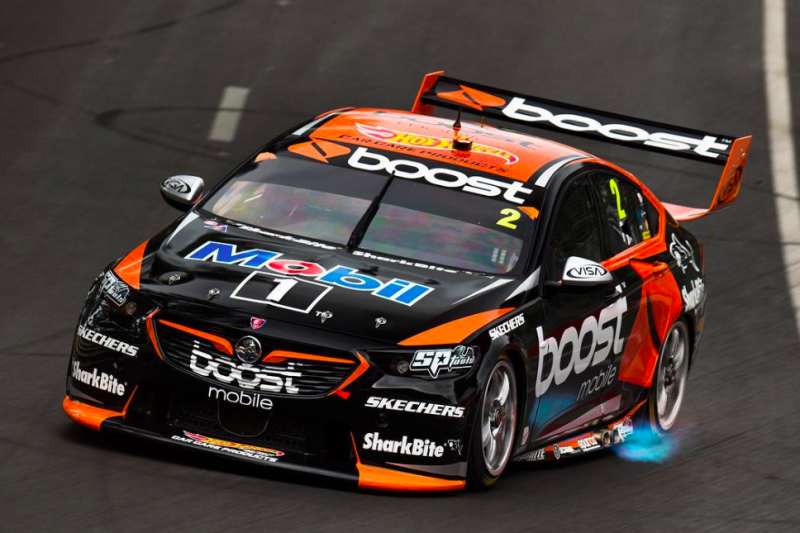 Walkinshaw Andretti United has got off to a strong start in 2018 pic: Daniel Kalisz 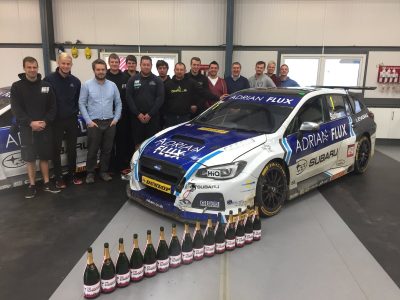 Faux (in the blue) and the Team BMR BTCC Subaru squad

The Brit has proven himself in Britain’s top touring car series earning respect from the paddock, having designed the MG6, which won the the 2014 manufacturers crown, before guiding Subaru’s works effort to success, including 14 race wins over two seasons.

Starting out at Triple Eight (UK) in 2006, he has worked for top outfits RML and Team BMR, encountering some the BTCC’s biggest names in double champions Jason Plato and Colin Turkington.

However, he is now setting his sights on success in Supercars by hoping to turn around the technical group and the fortunes at Walkinshaw Andretti United, following a dismal 2017 campaign. 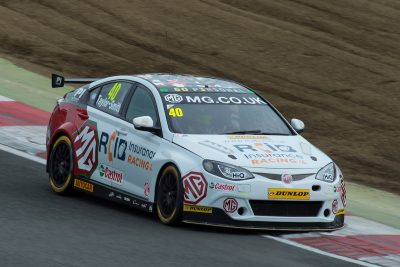 It is the prospect of a fresh challenge in a new category which enticed Faux to take the plunge.

Although, it wasn’t until he landed in Australia in October last year that he knew he would be working alongside Andretti Autosport and United Autosports as part of the team’s new partnership structure.

“It’s another touring car; a touring car that, from the outside, looked very appealing,” Faux told Speedcafe.com of his big move to work in Supercars.

“It’s a great championship, close racing, you can measure yourself very well against others, there are not things like success ballast that you get in other championships to try and keep the show exciting, and it’s definitely a lot warmer.

“It’s one of those things, a change is as good as a rest, so they say.

“It’s good to do something that’s different and have to ask different questions of yourself. It’s a challenge for me, personally, and I think that’s a big part of why I wanted to come and do this championship.

“One of the things that actually probably took me by surprise is when I got off the plane and I landed in Australia (and) I had a text from Mat (Nilsson team manager) saying, ‘Oh by the way, we’ve got these people (Andretti Autosport and United Autosports)  onboard now.’ It was news to me as soon as I landed in Australia. 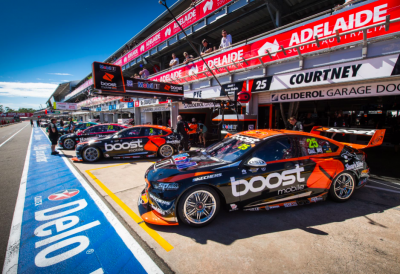 “It’s a great team with a great bunch of people that we’ve got here, and that support around to go and do something different, especially with the new car (ZB Commodore), it’s a good challenge with lots of learning; every day’s a school day.”

Faux’s first Supercars race weekend was last year’s Vodafone Gold Coast 600 but four rounds on his arrival is being felt at the team.

James Courtney hailed the engineer’s leadership and fresh ideas following a strong run at last weekend’s Adelaide 500, which has seen the outfit lead the teams’ standings.

However, Faux is not one for limelight or complacency choosing to brush off Courtney’s comments and instead focus on pushing the team forward for the remainder of the season.

“I’m just a bloke that’s trying to do a good job, I’m nothing special, and it’s just about working hard and trying to tick the boxes,” he said.

“We’ve done one race weekend, there are 15 more to do, there’s a lot of work to do, and there are a lot of points still on the table.

“We’ve obviously just got to keep going with the mentality that we’ve got to present ourselves in the best way each time we go on circuit. 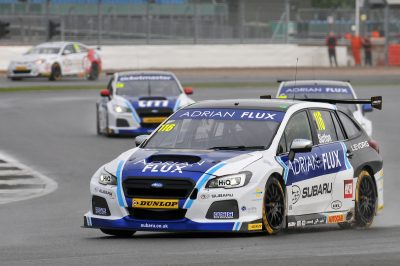 The Faux designed BTCC Subaru Levorg proved to be a huge success in 2016 and 2017 pic: PSP Images

“I’m new to it. I’m going to make mistakes, anyone who doesn’t make mistakes is lying, and having that lack of experience in that championship, I’ve got a lot to learn, but all I can do is try and present myself and do the best that we can do as a team.”

While the BTCC is focussed around sprint races and cars designed to different specifications compared to Supercars, he feels there is plenty of knowledge he can put to use in Australia.

“I think everything (from BTCC) you can take; you don’t change the laws of physics,” he added.

“They’ve got four tyres, an engine, and a driver, and extracting the most out of each one of those things means that you go quickly, and if any one of them needs work, you need to work on all of them as a whole; there’s no one thing that will change things.

Walkinshaw Andretti United is almost three months into its new guise, but Faux can already see the potential of the operation, which has been boosted by the relationship with American powerhouse Andretti Autosport. 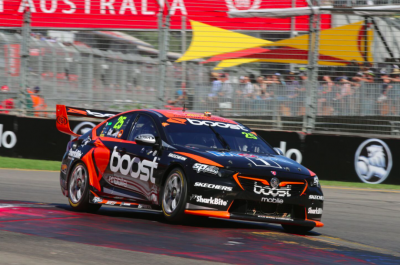 The partnership has already yielded upgrades, built in America, which are set to appear on the ZB Commodores at the Formula 1 Australian Grand Prix later this month.

“They’re really good to work with, they’re switched on, they’ve seen a lot of different areas that I haven’t seen,” he added.

“It’s a two-way street, we can bounce ideas around, we can talk about things that are completely irrelevant to motorsport, and it’s a different culture and a different nationality, and it’s just good people.”

Moving to the other side of the world can present its challenges but Faux is focussed on achieving success in his new home.

“I think whatever you do, and again this doesn’t just apply to motor racing, whatever you do you want to be successful and you try hard to make that happen,” he said.

“Just because I’ve jumped into another championship, and another life effectively, half a world away, it’s something that I want to succeed at, and that’s no different to everyone else in the team.

“We all want it to succeed from a performance point of view.”