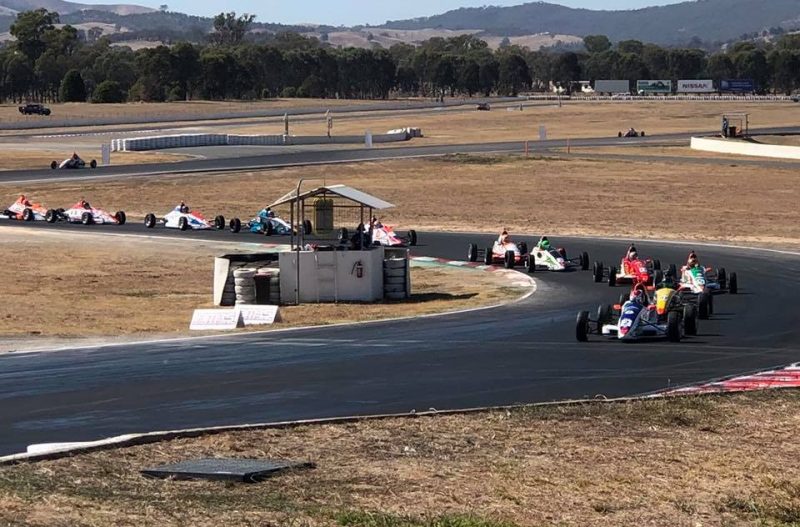 The final race of the weekend saw a clash between Shields and Liam McLellan, which saw Shields fail to finish and McLellan handed a 10-second penalty, dropping him off the podium.

Despite the penalty McLellan finished third for the weekend, behind Ribarits and round winner McElrea. 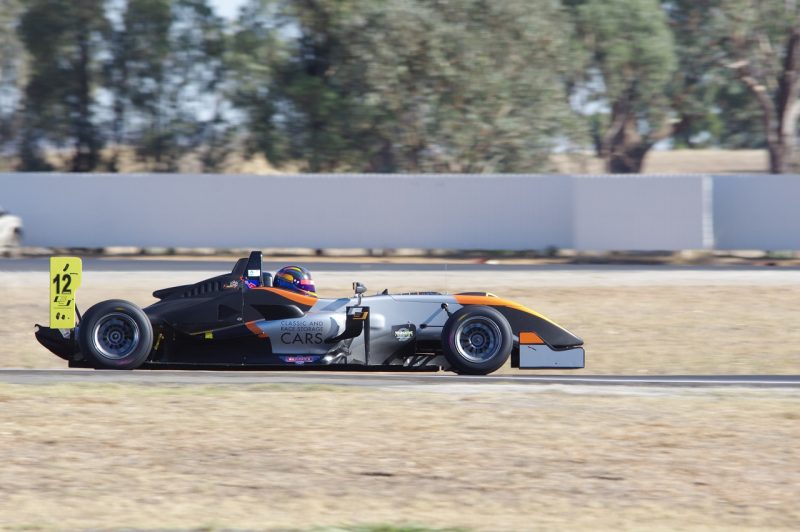 Harri Jones recorded his first win of the Formula 3 season in Race 2 of the weekend, benefiting from a mistake from Cameron Shields who ran wide while leading.

Sheilds recovered to second ahead of Alex Baboutis, before climbing back to win the final race of the weekend over Jones, who fell to second, with Baboutis again in third.

With two wins from three starts, Shields claimed the opening round outright, with Roman Krumins taking the National Class.

Ashley Jarvis dominated proceedings in TA2, with two race wins taking his total to four for the weekend.

Both of Sunday’s podiums were completed by Chad Cotton in second and Hugh McAlister third.

An up and down weekend for Cotton saw him end the round third after an off in Race 1.

It allowed McAlister to claim second, with Jarvis the round alongside his bevy of wins.

Backing up his victory in Saturday’s opening race, Sven Burchartz won Race 2 en route to taking out the overall IROC round.

In Race 3 Burchartz fell to second behind Greg Keene, while Lachlan Harbug filled the final IROC podium place after Rohan Little was third in Race 2.

Bell claimed the class round over Bourke and Jory.

Taking out the Extreme TT class was Cory Gillett, who claimed both races on Sunday ahead of Peter Ryder and Ashley Maclurkin.

It saw Gillett claim the round in his Nissan Silvia, once more over Ryder and Maclurkin.

Michael Coulter won the Stock Cars round ahead of his father Steve Coulter, with Shane Harris in third position.

A consistent run of three third-place finishes was enough for Joe Stickland to win the Victorian Super TT round, after Race 1 and 2 winner Merrick Malouf failed to start Race 3.

Craig Lindsell finished second overall ahead of Phil Deane in the Super TT class, while Production TT honours went to Michael Rice with a clean-sweep of race victories in his VT Commodore, ahead of Damien Hunter and Tony Heasly.

Richard Mork won the Utes class with Brent Edwards the best of the Group 4/Super 6 entries in his BA Falcon.

Ric Shaw claimed a clean-sweep of four RX8 Cup race wins, taking the round ahead of Will Harris and Nick Dunkley.

Shaw, Harris and Trent Murrary claimed the podium in Sunday’s first race before Harris fell to fourth in the final race of the weekend, promoting Murray to second and Dunkley third.

Despite failing to reach the flag in the fourth and final race of the weekend, Chad Cotton still managed to claim the Miniature Race Cars round.

Klein had been second in the earlier race ahead of Craig McWhite, with McWhite second and Peter Klein third in the final race.

James Burge made the perfect debut in the Legend Car Series, qualifying on pole position and winning all five races.

While Burge was unstoppable, the minor positions were hotly contested with Brendan Hourigan finishing second overall by virtue of top-three finishes in all five races ahead of the consistent Bryan Neal in third.

Ben Jagger recovered from a number of off-track excursions to take fifth for the weekend, while the other driver who showed front-running pace was Zane Morse, who fought his way back to second in the weekend’s final race after a DNF in the first heat due to contact in the first corner.