Servia for Indy 500 with sportscar team

Servia for Indy 500 with sportscar team 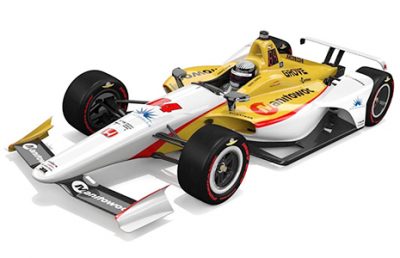 A render of the Scuderia Corsa entry

Successful sportscar team Scuderia Corsa will enter a car in the Indianapolis 500 for Oriol Servia.

In a partnership with Rahal Letterman Lanigan Racing, Servia will race the #64 Honda alongside RLLR’s regulars Graham Rahal and Takuma Sato.

Scuderia Corsa, of which Stefan Johansson is sporting director, has an LMGTE Am class win to its name in the 24 Hours of Le Mans (2016) as well as multiple IMSA GT Daytona class titles.

The campaign will be its first in open-wheel racing.

“It is an honour to compete at the ‘Greatest Spectacle in Racing’,” said Scuderia Corsa team owner Giacomo Mattioli.

“To be a part of this great racing heritage and tradition is something I always envisioned for Scuderia Corsa and running across the yard of the bricks this year is a thrill.

“I am excited to be partnering with Bobby Rahal and Rahal Letterman Lanigan Racing, such an outstanding and established team, as well as having veteran IndyCar series driver, Oriol Servia, onboard.”

Servia has started nine Indianapolis 500s, four with RLLR, with his best result a fourth position with Panther/Dreyer & Reinbold Racing in 2012.

Last year, the Spaniard was classified 21st with RLLR after a multi-car crash on Lap 184 which also claimed James Davison, Will Power, and James Hinchcliffe.

“If you remember last year’s race, we were running really strong until it came to an abrupt end with 10 laps to go.

“We needed another party to ensure we’re going to win,” he added.

“Obviously both teams are very successful, winning teams. I couldn’t be happier that they agreed.”

Practice for the Indianapolis 500 starts on May 15, while the first round of the Verizon IndyCar Series is currently in progress in St Petersburg.