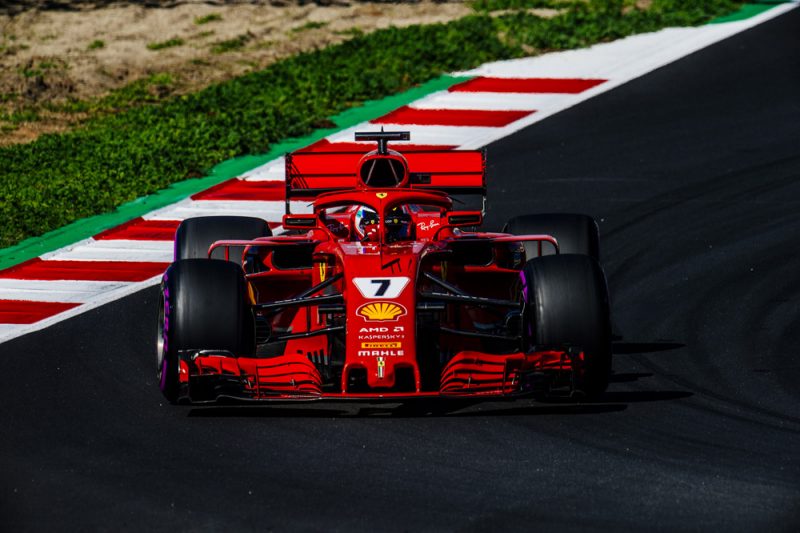 The Finn set his time early in proceedings before the afternoon was given over to work on long run pace, mirroring the program the Scuderia employed for Sebastian Vettel on Thursday.

It resulted in Raikkonen topping the sheets by half a second, though laps from Fernando Alonso and Carlos Sainz late in the day slightly skewed the picture.

“Overall, I feel we have a good package,” said Raikkonen.

“For sure the weather at the start of testing wasn’t ideal, but we have finished with a couple of pretty good days.

“The car gives me a good feeling and, even if there are still a lot of things to improve, its reasonably easy to drive and it reacts to the various set-up changes.

“However, no one can say where we really are, compared to our rivals.

“We’ll have a better idea in a couple of weeks in Melbourne and then, in general, after the first few races of the season. I like racing and I can’t wait to start.”

Alonso was again forced to sit out several hours as McLaren worked on a turbocharger problem, which saw the Spaniard do little running before lunchtime.

At Renault, a gearbox issue kept Sainz in the garage, he and Alonso banking just 11 laps between them in the early running – with neither setting a time.

Once again it proved a busy day, with Romain Grosjean completing 181 laps for Haas, while Brendon Hartley’s 156 laps suggests there are no reliability problems for Toro Rosso.

Aside from McLaren and Renault, whose issues limited their running, only Red Bull and Sauber failed to record at least 100 laps.

With testing now complete, teams are set to return to their factories and prepare for the opening round of the 2018 Formula 1 season in Melbourne on March 22-25.

Next Story Mercedes racks up most F1 pre-season miles