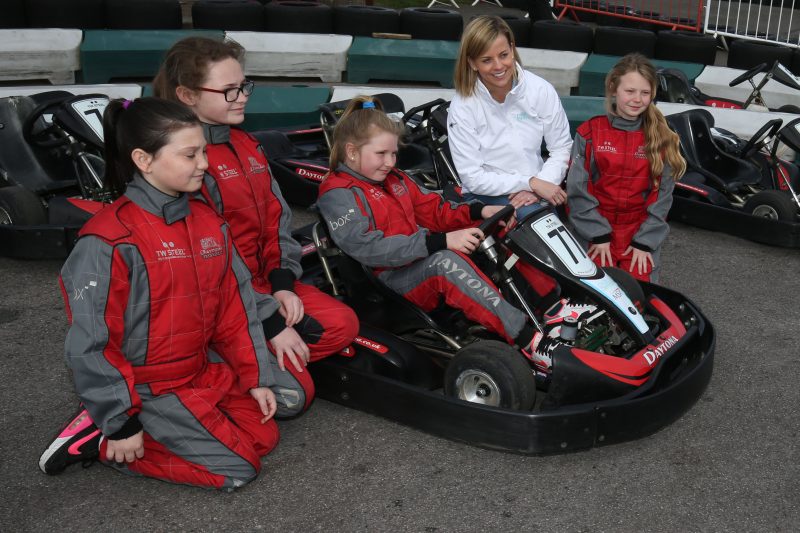 Susie Wolff will launch her Dare to be Different initiative which aims to encourage female participation in motorsport in Australia later this month.

The ex-Williams Formula 1 development driver has partnered with the Confederation of Australian Motor Sport (CAMS) to help facilitate the program which is already running in Europe.

Wolff will officially reveal the Australian version of the scheme at the Formula 1 season opener at Melbourne’s Albert Park on Thursday March 22.

The scheme aims to inspire young women to take up careers in motorsport whether that is driving, engineering, marketing or in communications.

CAMS has been working with the 35-year-old to bring the project to Australia for six months, while a co-ordinator to run the program has already been identified.

“We see this as a fantastic engagement with young women in particular,” CAMS CEO Eugene Arocca told Speedcafe.com.

“We have already got a partnership with Monash University so we have program with them but we feel that with the under representation of women in motorsport, which irks me considerably, while we watch other sports engage more and more, is something that we have had on our agenda.

“I think this is fantastic for motorsport, CAMS and women that we are signing up to this to make a real impact.

“Our expectation is that many thousands of young women will be given an opportunity through Dare to be Different to engage in motorsport to not just behind the wheel but in the garage, it extends from PR to marketing, and it is all about breaking that glass ceiling.”