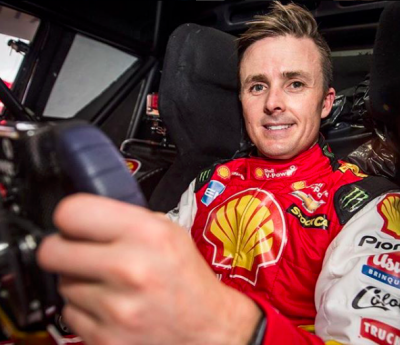 Tickford Racing drivers Mark Winterbottom and Cameron Waters will be in action overseas this weekend.

As previously reported, Winterbottom has headed to Interlagos to take part in the opening round of the Brazilian Stock Car Series, where he will will partner Atila Abreu in the #51 Shell Racing Team Chevrolet V8.

Winterbottom has twice competed in the series’ enduro event, scoring a second place finish alongside Marcos Gomes at the Ayrton Senna Circuit in Goiania in 2015.

While the 2015 champion is competing in Brazil, team-mate Cameron Waters is driving a trophy truck in The Mint 400 event in Las Vegas, America, as part of a Monster Energy sponsorship commitment.

Waters is only expected to complete demonstration runs in a Monster emblazoned truck during America’s oldest active off-road desert race.

Tickford boss Tim Edwards sees extra seat time as beneficial for his drivers citing Chaz Mostert’s recent GT3 exploits for BMW as a positive for his own preparation for the new season.

“For me seat time is seat time and Chaz feels he has come into this season with the best preparation because of all the racing he has done in the off season,” Edwards told Speedcafe.com.

“Mark enjoys it, he likes that type of racing and likes the fact it is very close like Supercars.”

Winterbottom and Abreu were fourth fastest in second practice, before qualifying, with the race due to begin on Sunday at 0230 AEST/0330 AEDT.