Rullo expects to run at front of Super2 field 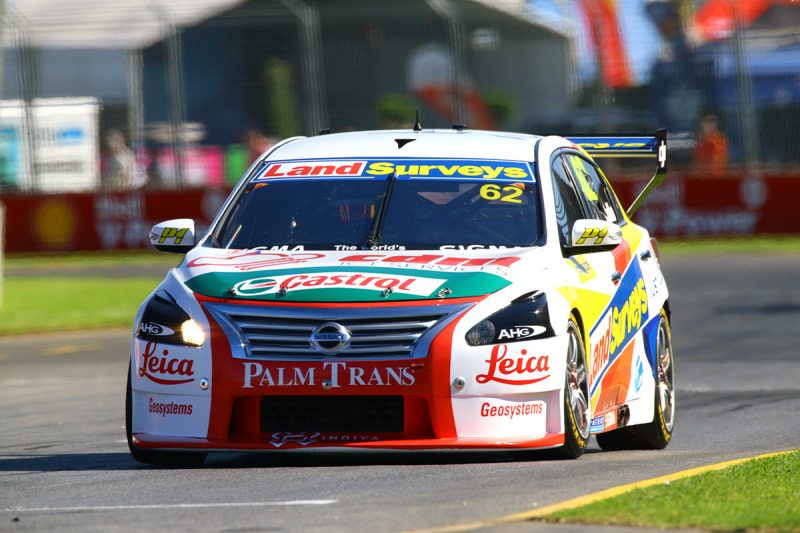 Alex Rullo expects to be running at the front end of the Dunlop Super2 Series field despite a troublesome return to the series in Adelaide.

A weekend which started promisingly twice unravelled through no fault of the 17-year-old, first when he was excluded from qualifying and then when he incurred damage in Race 2.

Rullo had originally qualified fourth-fastest, only to be sent to the rear of the 23-car grid along with MW Motorsport team-mate Dean Fiore for use of cooling fans in parc ferme.

The West Australian managed to drive up to 11th in Race 1 and was running ninth in the latter half of Race 2 when he copped a hit from Brodie Kostecki, which compounded existing steering damage and saw car #62 crawl home in 19th, last of those on the lead lap.

Rullo crossed the line 10th in the final race but a five-second penalty for a bump and run on Tyler Greenbury resulted in a loss of one position.

Rullo pointed to his own lap speed and Jacobson’s performance as proof that he can fight at the front of the field.

“I guess it was a bit of a weird (weekend),” he told Speedcafe.com.

“(The) Car was pretty good straight out of the truck, pretty much barely touched the thing all weekend, and I was just building up to it.

“We ended up putting the car on P4 in quali and then we had that taken away.

“That ultimately sort of ruined our weekend and put us on the back foot not only for the weekend but for the championship.

“I made it back up to 11th in Race 1, which was good and I was really happy with, and then Race 2 on Lap 2 we had a bit of contact and bent steering, but it was okay.

“I copped another big hit coming into Turn 4 which bent it even more, and I sort of just limped home in 19th.

“In Race 3 on Sunday we made our way back up to 11th after a post-race penalty but the car was really pacey and did all the things that I wanted it to do, so I guess that’s promising.

“Watching Garry be up the front for the weekend was a bit tough knowing that we had the pace (but) I guess we’ll move on.

“Matt’s (White, team owner) put out a really good car package and obviously that’s shown last year and already this year with three fast cars that are identical in set-up.

“There’s no excuses with Dean and Garry as my team-mates, so I expect to definitely be up there over the next three rounds.”

Had Rullo held onto his qualifying position, he likely would have exceeded his personal best Super2 race result of sixth (once each at Barbagallo and Sandown) in his only previous season in the series in 2016.

Having last year become the youngest driver in Virgin Australia Supercars Championship history, he reiterated that his 2017 experience had hardened him having first made his name as a 14-year-old race winner in the Kumho Tyre V8 Touring Car Series in 2015.

“I’ve learned so much since then and last year really aged me and matured me as a driver in the main game, so I think it’s definitely made me really hungry this year,” said Rullo.

“Coming back with all that experience and to be in a fast car and definitely seeing Garry up the front has made me even more hungrier, so like I said I’m really looking forward to the next few rounds.”

Round 2 of the Super2 Series supports the Tyrepower Tasmania SuperSprint on April 6-8.