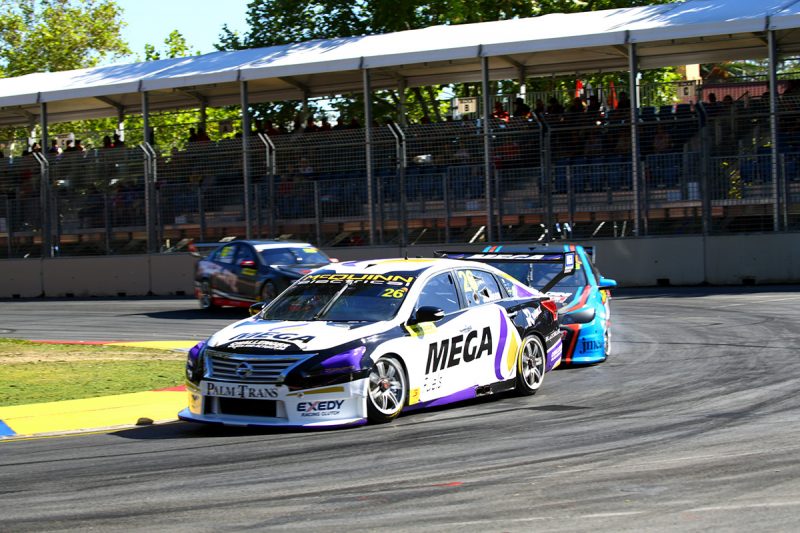 The 2016 Super2 series winner took a drought-breaking win in Race 2 of the opening round while Kostecki’s pair of third placings and a fourth in Race 3 yielded a maiden round podium.

Super2 drivers will be considered for wildcard applications at selected events where the second tier is not on the support card, namely Winton, Hidden Valley, Queensland Raceway, and The Bend.

Jacobson has one Pirtek Enduro Cup campaign under his belt while Kostecki made a highly publicised Supercars Championship debut in 2016 as part of a car loan deal after Lee Holdsworth’s Hidden Valley crash.

“Yes, definitely,” Jacobson responded when asked if he knew his wildcard plans.

“We’ve just got to go through the process at the moment, filing your application for which tracks that you’re interested in.

“Hopefully we get an answer back soon and I’ll definitely be keen to do one and possibly two if I can get the funding.”

The ex-Tickford Racing driver is now domiciled at MW Motorsport, which ran two of its then-Super2 drivers Jack Le Brocq and Shae Davies in wildcard starts each last year.

He nominated MWM’s test track of Winton as a preferred venue, given the traits of the Nissan Altima which he now drives.

“As long as Phillip Island and Winton are part of the wildcards, I’d be pretty interested in those tracks because I just enjoy those circuits and the Nissans handle pretty good there as well,” explained Jacobson.

Kostecki Brothers Racing has been bolstered by the arrival of 2016 Bathurst 1000-winning engineer Geoff Slater as team manager, while Glenn Seton is now working as engineer for the Super2 entry of Kurt’s cousin Brodie, who has joined the team.

Kurt Kostecki said that the squad was ready to make the step up to a Championship in its own right as a wildcard entry.

“We’ve got a good little team now that we can keep building on and we’ll definitely get some wildcards,” he confirmed.

“I think we’ll aim for something like QR (home track Queensland Raceway) where we know the track and we’ve got good knowledge and I’ve done a lot of laps, so we’ll definitely be in one of the rounds this year.”

Paul Dumbrell holds a narrow lead in the Super2 Series after winning two of the three races in Adelaide.

Round 2 supports the Tyrepower Tasmania SuperSprint on April 6-8.

Next Story Top rookie a ‘bonus’ for De Pasquale on debut

Previous Story Supercars drivers assist in development of The Bend