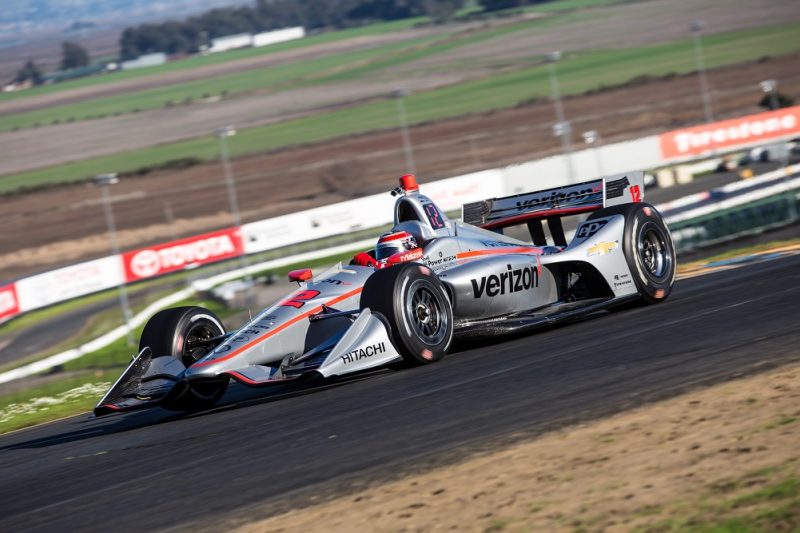 Will Power during pre-season testing at Sonoma

A 24-car field will take to the streets of St Petersburg for this weekend’s IndyCar season-opener, including Will Power with a new strategist in Roger Penske.

The 22 full-time entries will be bolstered by the addition of Juncos Racing’s Rene Binder and Michael Shank Racing’s Jack Harvey, both of whom will run partial campaigns in 2018.

‘The Captain’ will be his third strategist in as many years, with Jon ‘Myron’ Bouslog having replaced Tim Cindric when the team president moved to Josef Newgarden’s car at the start of 2017.

Power will, however, continue to be engineered by David Faustino.

“You get used to your guy, right?” the Queenslander told IndyCar.com.

“There’s always a bit of that. I always have Dave on the stand, but I’ll have to get used to how Roger says things and such.

“But that’s just normal. He’s pretty good on the radio. He gives you the information you need.”

The 2018 Verizon IndyCar Series also marks the introduction of the new universal aerokit, with its streamlined design producing around 30 percent less downforce than the manufacturers’ own versions which had been used since 2015.

“When you’re following, you hardly feel any turbulence,” said Power of the aerokit.

“There’s no question that from that perspective, it will be a lot better.

“It will be a year of really being on top of it. It won’t be fine-tuning, honestly. At a lot of these tracks, we’ll be trying to find what works and going with it.”

CLICK HERE for more from US motorsport journalist Marshall Pruett on the new aerokit.

The Firestone Grand Prix of St Petersburg begins with practice on Friday (local time), followed by qualifying on Saturday and the 110-lap race on Sunday.