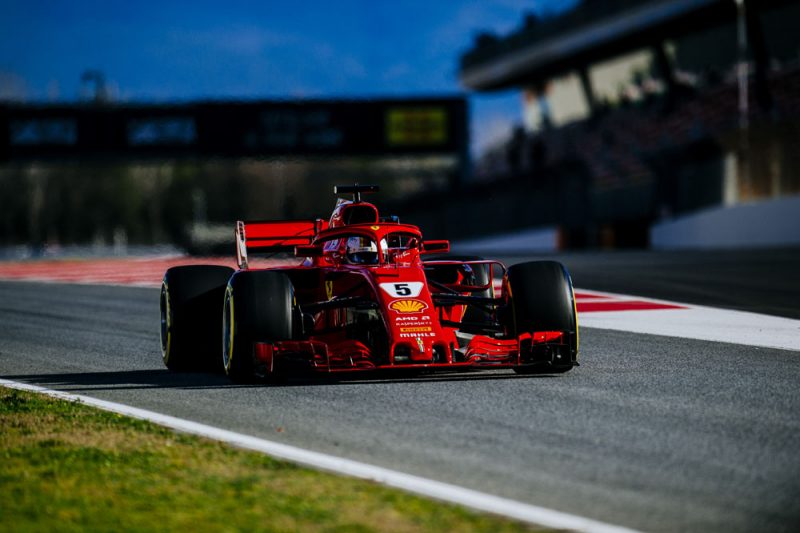 Ferrari’s Sebastian Vettel topped the timesheets on the opening day of the second Formula 1 pre-season test in Barcelona.

In conditions that were much improved from those at the end of last week’s opening test, Vettel proved not only the fastest driver of the day but also the most prolific, completing 171 laps of trouble-free running.

“It was a good day’s work,” said Vettel.

“We managed to get through our program, even if the conditions weren’t always ideal, because of the wind.”

Of all the teams, Mercedes was busiest, recording 177 laps between both Lewis Hamilton and Valtteri Bottas, the Finn’s time two tenths off the pace set by Vettel.

In contrast, McLaren struggled through a day interrupted by a number of issues, which saw Stoffel Vandoorne twice bring out the red flag.

The Belgian completed just 38 laps as the team worked through problems in the electrics, and hydraulics system of the MCL33.

Max Verstappen also caused a red flag when the Red Bull also stopped out on track, while sister team Toro Rosso had brake issues which kept Pierre Gasly in the shed for much of the afternoon.

The four day test continues until Friday in what is the final opportunity for teams to come to grips with their new cars ahead of the season.

Australia hosts the opening race of the year in Melbourne, on March 22-25.