Tech3 switching to KTM from 2019 season

Tech3 switching to KTM from 2019 season 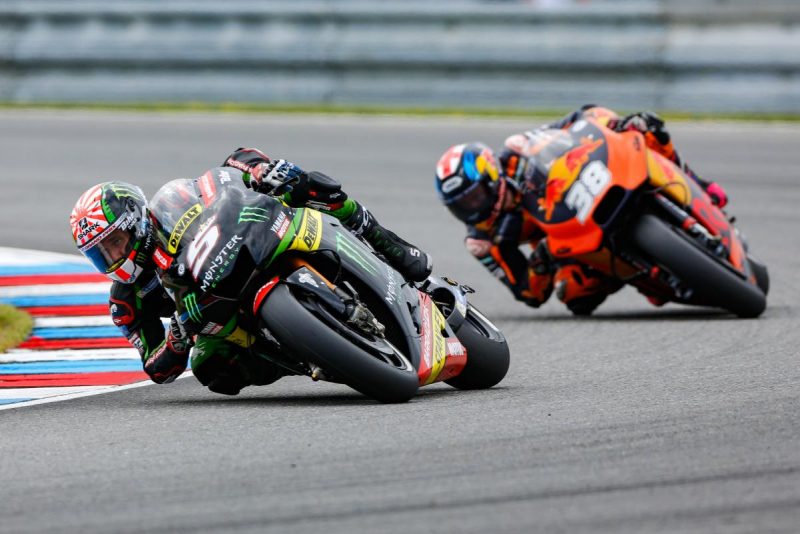 Tech3 will be a satellite team of KTM next year pic: MotoGP.com

The long-time Yamaha customer announced a split from the Japanese manufacturer late last month and it has now been confirmed that Tech3 will be KTM’s first satellite team.

Tech3 will receive latest-specification machinery from the Austrian marque, whereas its lead rider Johann Zarco was not offered the current YZR-M1 for 2018.

“We are very happy to join forces with Tech3 in MotoGP from 2019,” said KTM Motorsport Director Pit Beirer.

“The team has many years of experience and achieved a lot of great results in this championship. Their professional structure will make us even stronger.

“Having four KTM RC16s on the grid is also another big step for us, both for the development of our MotoGP bike and expanding KTM’s structure in the paddock.

“From the Red Bull Rookies Cup up to MotoGP there is a clear path to the top.

“We are looking forward to start a great cooperation and I’m thankful towards Hervé Poncharal for the future trust in KTM.”

In an interview following the final day of pre-season testing in Qatar, Tech3 team principal Poncharal stressed the importance of having access to KTM’s newest machinery.

“Each year, in ‘19 we’ll have ‘19 spec, there will be four bikes on the grid with the same spec – the factory team and the Tech 3 operation,” he explained to MotoGP.com’s After the Flag.

“It will be the same in ‘20 and same in ‘21, which is something you always look for and always want.

“That will help us to look for good results but also to be part of the development.

“Even though you have a good bike like that Johann has now, it’s a bike that doesn’t have any evolution throughout the year.

“Once you reach a certain level you want something that is more tailor made and with a factory behind you. We’ll have that.

“We always tried to be the official junior team but it was never really the case, but it will be the case where we are going.

“The manufacturer is involved in Moto2 and Moto3; there will be a clear path.”

While Tech3 was the leading independent team in 2017, with Zarco outshining the factory Yamaha squad’s Maverick Viñales and Valentino Rossi on a number of occasions, Poncharal pointed to the longer-term benefits of closer integration with a manufacturer.

“Even though the bike could be under the performance of what we have now, there is room for improvement, development, sharing ideas of how to make the package better – and at least to be part of that project and have people listening to us, trying to grow all together,” he added.

“That’s exactly what I was looking for.”

Tech3 will field Zarco and rookie Hafizh Syahrin, who was a late signing to replace the ill Jonas Folger, in its final year with Yamaha in 2018.

The season starts with the Qatar MotoGP from March 16-18.