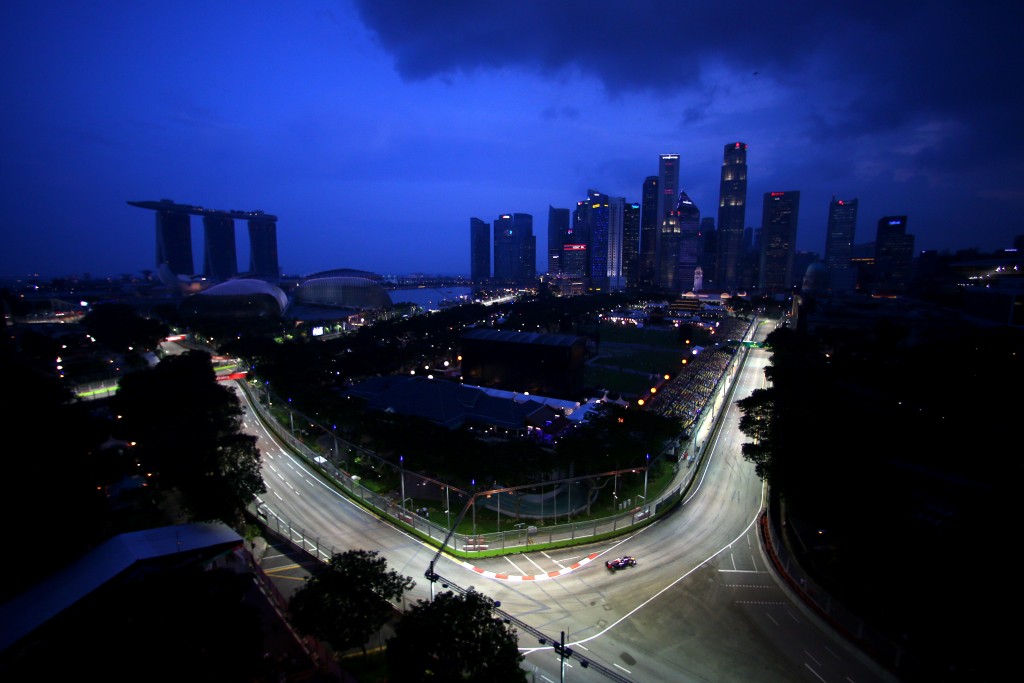 Supercars is set to resume talks regarding a push into the Asian market with the possibility of featuring on the Singapore Grand Prix bill.

The championship has signed five memorandum of understanding (MOU) agreements with potential venues in Asia, which was part of a move to expand into the region under former CEO James Warburton.

A chance to join the Singapore Grand Prix emerged last year after Supercars secured a deal with Formula 1 management to transform its appearance at the Australian Grand Prix into a full championship event from this year.

Malaysia’s Sepang International Circuit also threw its hat into the ring for a possible standalone Supercars round last year.

Seamer, who officially started his role at Supercars last weekend, explained to Speedcafe.com that Asia and Singapore remains high on the agenda for the category, with a multi-year deal the desired option.

Speedcafe.com understands the category could be on the Marina Bay circuit bill as soon as next year if a deal is secured.

“Look, I think Asia offers a range of different things for our fans, for our sponsors and for the manufacturers too in terms of, it’s in a similar time zone, there’s huge audiences there,” Seamer told Speedcafe.com.

“Well, James (Warburton) has signed MOUs up in Asia. The intent is there, from us and from the parties in Asia. As you know, the logistics and commercial requirements need to be sorted out to lock it down.

“We are keen to continue to explore that for all of those reasons that were strategically laid out by James.

“What we need to do is focus on a period of time that shows sustainability and commitment to the markets in the next three years or five years, but there won’t be one off racing.

“Obviously it makes sense to partner with Formula 1 so we’ll pick up discussions when they’re over for the AGP in a couple of weeks and it’ll stay on the agenda in terms of a potential growth opportunity for the sport.

“Absolutely, Singapore (is among the targets), having personally lived there and attended the event about four or five times myself It’s a fantastic event, fantastic track and I think it will suit our product well.

“That will absolutely be on the agenda moving forward.”

The possibility of more than one Asian event on a Supercars calendar in the future is still on the table too, according to Seamer.

“It could be back-to-back, it could be one, two, three,” he added, when asked if multiple Asian events would be entertained.

“Obviously back to back makes sense from an infrastructure and travel point of view but we’ll work with FOM and our partners up in Asia to find the best possible solution.”

Meanwhile, increasing the amount of events in New Zealand is thought to be a tough proposition.

Supercars crosses Tasman once a year for the ITM Auckland Super Sprint at Pukekohe Park Raceway in November.

“I think it would be tough. Having the right tracks at the right standard is point one then the other challenge is making sure you have the supporting fanbase in that area,” he said.

“Everything is possible but we would have to work with ATEED (Auckland Tourism, Events & Economic Development)  and people like Tony Quinn (owner of Hampton Downs and Highlands) and see what is possible with the tracks.”

While the championship is keen to expand into new markets, Seamer maintains the series is unlikely to grow to more than 16 events in a season.

“I think 16 events is absolutely enough and that’s the feedback I’ve been getting from the teams today,” Seamer said.

“The leadership team and that team owners and I will work through how we optimise that for the best possible fan and sponsor experience the next couple of years.”