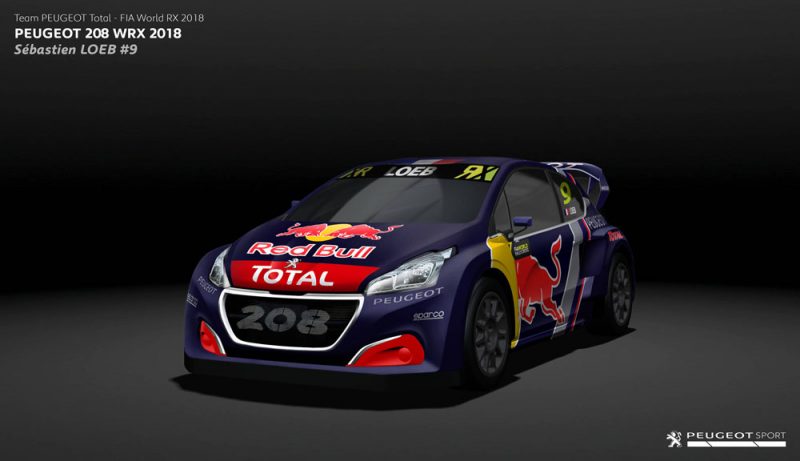 Peugeot has stepped up its involvement in the FIA World Rallycross Championship with a trio of factory supported cars.

Sebastien Loeb, Timmy Hansen, and Kevin Hansen will all receive full factory backing throughout the 2018 season.

Peugeot has campaigned under the Team Peugeot Hansen name since 2014, but for the coming season it will take a greater interest in the championship.

Set to be known as Team Peugeot Total, the squad will field a trio of 2018-spec Peugeot 208 WRX cars for Loeb and the Swedish Hansen brothers.

The new car differs to the 2017 incarnation with a new wing and rear bumper, revised front suspension, bigger wheels, and a faster gearshift.

“We decided to participate in FIA World Rallycross because we firmly believe in the future of this sport: the sporting format, which is short and intense, is exciting, the audience, younger than in other categories, is still growing, and furthermore we also believe in the electric future of the championship,” said Bruno Famin, Peugeot Sport Director.

“My expectations are high for this year,” added Loeb.

“Peugeot coming in as a factory team was exactly what was needed to take things up a level and enable us to fight for the championship.”

The trio of cars will all brandish a Red Bull livery, though with different primary colours to differentiate the three drivers; Loeb’s blue, Kevin Hansen’s gold, and Timmy Hansen’s silver.

The opening round of the 2018 FIA World Rallycross takes place in Spain at the Circuit de Catalunya on April 14-15. 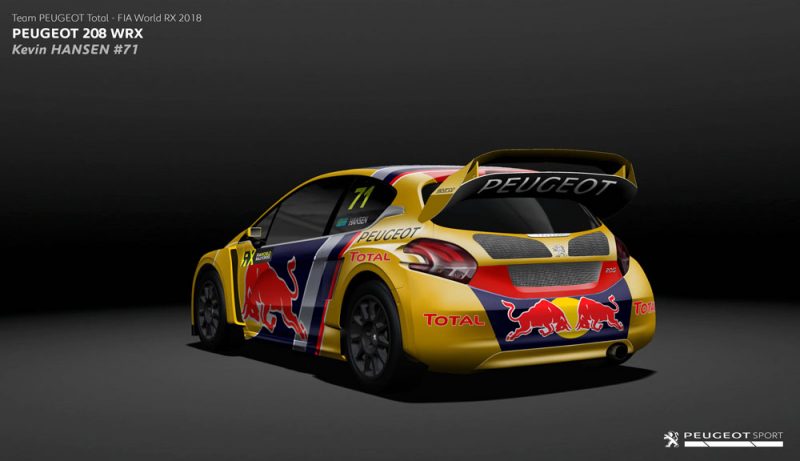