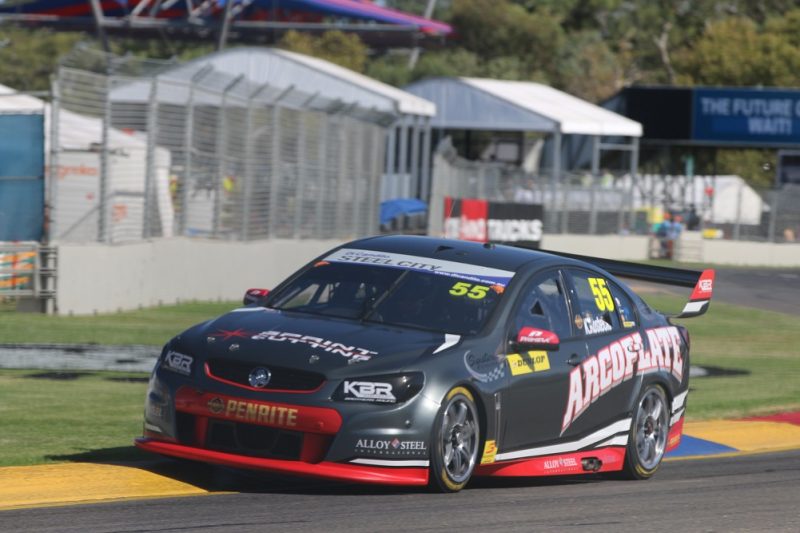 Kurt Kostecki predicts that he will not be the only Kostecki to perform strongly in the Dunlop Super2 Series in 2018.

Between he, cousin Brodie, and brother Jake, the Kostecki Brothers Racing (KBR) trio grabbed eight top 10 finishes out of a possible nine in the three races at the Adelaide 500.

Kurt achieved race and round podiums for the first time with finishes of third, third, and fourth, as well as the fastest lap in Races 1 and 3.

Brodie matched his previous personal best result with seventh in Race 1 before claiming eighth and fifth in the next two, coming home half a second behind his cousin in the latter. 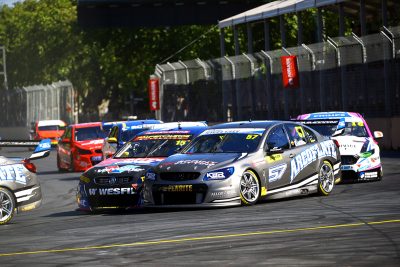 Jake achieved multiple top 10 finishes for the first time in a weekend with ninth position in Races 1 and 3, though the brothers did finish sixth together in last year’s non-points Bathurst 250.

While Kurt’s performance drew the most attention as he even took the fight to two-time Super2 Series winner Paul Dumbrell in Race 2, he anticipates that all three KBR VF Commodores will figure at the pointy end of the field during the year.

“It just shows that all three of us are going to be able to run well,” Kurt told Speedcafe.com.

“I’ve done a couple of years more than they (Jake and Brodie) have now, so I think with a little bit of their inexperience they just haven’t been able to maximise it in every session (in Adelaide) but they’ve definitely got the car speed there.

“It shows that what we’ve done and what the engineering department’s done has made the cars really good and that all three of us will be able to go really fast at some stage.”

The KBR squad has been boosted over the off-season with the arrival of Bathurst 1000-winning engineer Dr Geoff Slater to manage the team and engineer Kurt’s car, while Glenn Seton has joined as Brodie’s engineer.

Kurt said that the upturn in form has come sooner than expected and that it bodes well for his title hopes.

“From last year to this year we’ve made a big improvement already,” he said in his first Super2 press conference.

“I don’t think we expected to be this fast this early but we just hopefully continue it on.

“I’ve been working with Geoff for about a month now so he’s got a lot of success and he’s very well-known throughout the field.

“Hopefully we can keep building on that and then keep moving forward and apply pressure to guys like these because to be able to contend at the end we just have to be there week in, week out.

“I think we can,” he added when asked specifically if winning the series was possible.

“We proved it already that we can be fast straight out of the gate so if we can keep the consistency up and keep a clean nose, I think that will be pivotal at the end of the championship.”

The result came less than a fortnight after a highly publicised testing mishap at Queensland Raceway.

Kurt drove into the path of Jason Gomersall’s Touring Car Masters Torana while taking the shortcut back to pit lane, causing damage to both cars.

He said that the Adelaide showing was particularly rewarding in light of the incident.

“Definitely, to put all them hours in and get the car ready to go and then have a third place finish, it’s really cool.”

Round 2 of the Super2 Series supports the Tyrepower Tasmania SuperSprint on April 6-8.