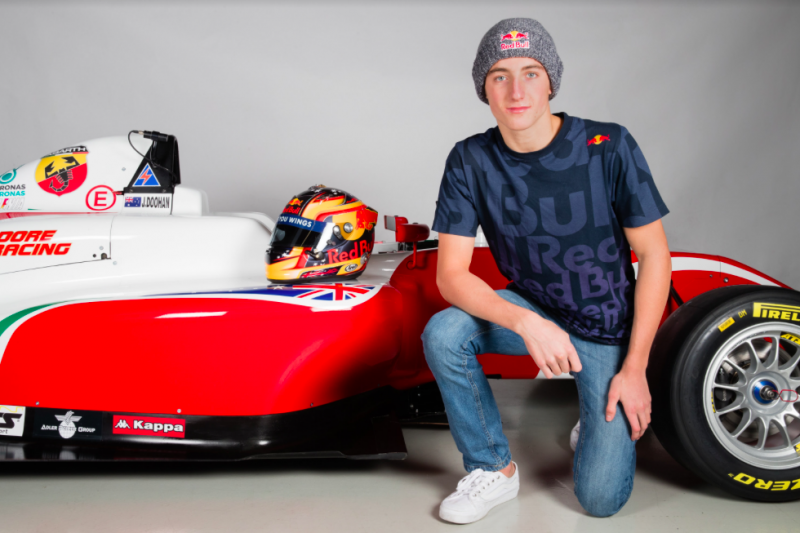 Jack Doohan will contest rounds of the German and Italian Formula 4 championships in addition to a campaign in the British series for Arden Motorsport.

Doohan, who was inducted into the famous Red Bull junior driver program last year, announced plans to compete in the British series for Arden in October last year.

The 15-year-old from the Gold Coast has earned the call-up having impressed in karting both in his native Australia and in Europe, finishing third in the junior CIK-FIA European Championship last year.

“I’m really looking forward to being part of the Prema team as a Red Bull Junior Driver in some rounds of the ADAC and Italian F4 championships,” said Doohan.

“To drive for a team as well-respected and successful as Prema in 2018 is something I could have only dreamt of at the start of 2017 when I arrived in Europe to compete in karts.

“My experience gained in karts from the age of eight has provided me with a solid foundation, but it’s now time to take my motorsport career to the next level.”

The details of Doohan’s German and Italian F4 programs are yet to be revealed.