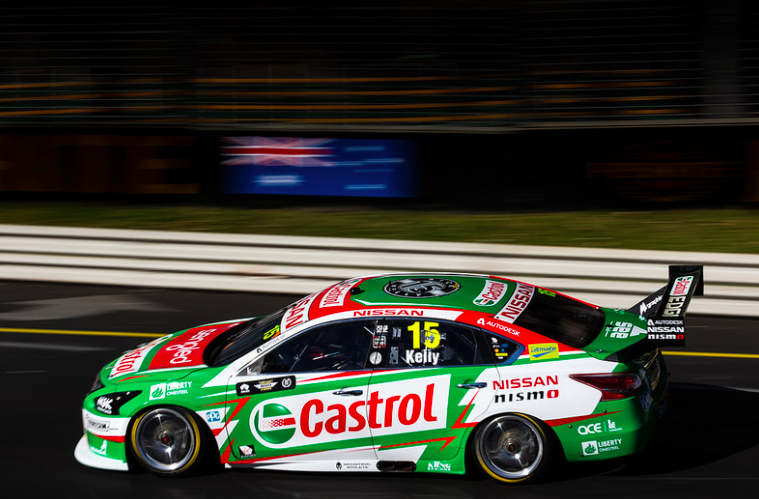 Nissan Motorsport will continue its planned engine development program after witnessing encouraging signs at the Adelaide 500, according to new technical director Nick Ollila.

The Braeside operation utilised a range of new components on its cars over the weekend with two of the four Altimas running engine upgrades designed to provide a performance boost.

Ollila says the upgrades have delivered the required results with all four cars now set to receive engine updates in time for the next round at the Formula 1 Australian Grand Prix from March 22-25.

While the team has pushed hard over the off-season on developments, it proved to be challenging  season opener on the streets of Adelaide.

Michael Caruso scored the only top 10 for the outfit with a ninth in Sunday’s race which arrived after he and Andre Heimgartner earned berths in the Top 10 Shootout.

Rick Kelly showed strong one lap pace on Saturday by qualifying seventh, but could only finish 23rd in Race 1, after striking the wall on the opening lap, and 14th in the second heat.

New signing Heimgartner battled through pain to finish 17th on Saturday due to an uncomfortable seat before a mechanical issue resulted in a 25th place finish on Sunday.

Encouraged by the feedback from developments, the former Penske engineer Ollila concedes there is still much more to come from the Altima package.

“We have improved and we are going to continue to improve,” Ollila told Speedcafe.com following his first event with the team.

“We didn’t show up here with what we ended last season with. Every race we go to we are going back with something better than what we had the year before.

“We have had good feedback from the drivers on the engine parts.

“The drivers recognise the work that has been done and they can feel the results.”

Caruso was glad to secure a top 10 but believes more work is required to challenge the pointy end of the grid.

“We started where we finished, but of course it’s never as straightforward as that,” said Caruso.

“A top 10 is nice, but for myself and the team, we expect to be further up the field. So we’ll go back work on things to come back stronger at the Australian Grand Prix.”

After a bright start in qualifying, Kelly’s weekend deteriorated, beginning with a costly brush with the wall in Race 1 that damaged his car, before a radio failure hampered his run in Race 2 on Sunday.

“We certainly had a crappy weekend in total,” said Kelly.

“The high was obviously the shootout yesterday, where we felt like we extracted a good amount of the car’s potential.

“The low was immediately after the start of the race when I made an error and hit the wall.

“We didn’t get the most out of the car and driver in qualifying. We threw a lot at the car to try and make it better in the morning’s qualifying session and it went and made it worse.

“During a long race like what we had today, you can dial issues out of a car, but we suffered a radio failure from Lap 1.

“So we had to live with the car as it was all afternoon. We dealt with it as best as we could and got to the end of the race.”