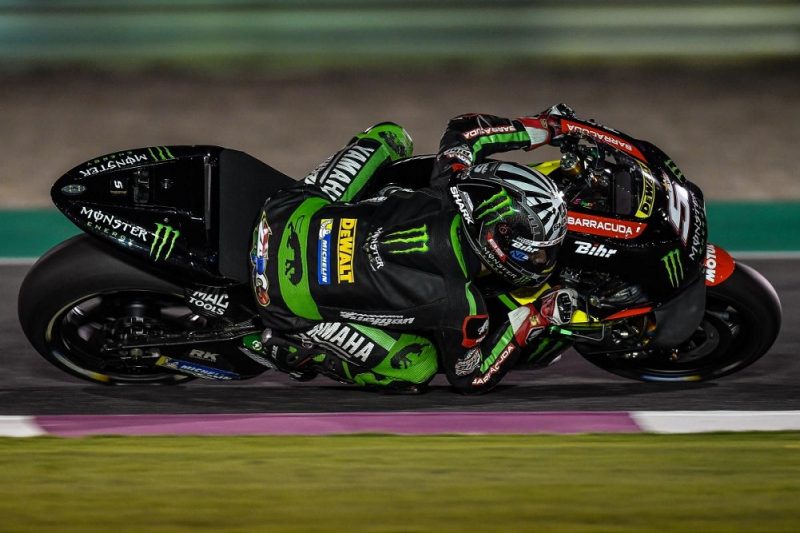 Johann Zarco has finished on top of the final pre-season MotoGP test at the Losail International Circuit in Qatar.

Rossi shook off a crash earlier in the seven-hour session to move into second position in the final hour, during which Dovizioso also clocked his personal-best.

LCR’s Cal Crutchlow was the fastest Honda in fourth position while Maverick Viñales vaulted from 20th to fifth in the final hour on his Movistar Yamaha.

Friday pace-setter Andrea Iannone did not appear on-track due to illness but the Suzuki Ecstar rider’s efforts earlier in the test held up for sixth on combined times.

Of the 23 riders to cut laps on the Saturday, 22 set their respective best times on the final day.

Jack Miller (Pramac Ducati) was 10th on the day and 11th across the test, one position ahead of Dani Pedrosa (Repsol Honda).